The peaceful, pleasant valley of Martindale lies near the far eastern shore of Ullswater. The remote valley is accessed from Howtown via a steeply ascending single track road with hair pin bends known as Hallin Hause, which offers panoramic views of Ullswater. The remote valley has only about fifty permanent residents, in the past it was known to have had a slightly larger population. 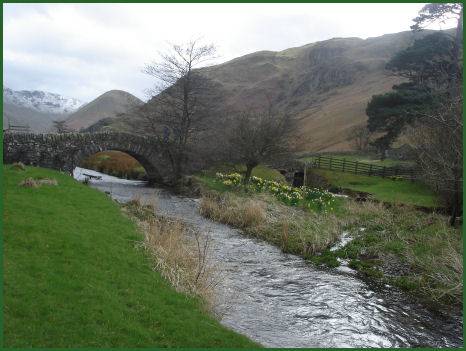 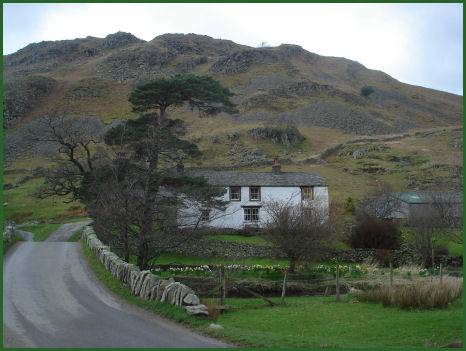 The round prominence of the Nab divides the head of the valley, with the High Street range visible in the distance. A rather conspicuous red roofed building, known as ‘The Bungalow’ was built in 1910 by the Earl of Lonsdale of Lowther Castle as a retreat for the German Kaiser, Wilhelm II, on the occasion of a deer shooting visit and now serves as a holiday cottage. 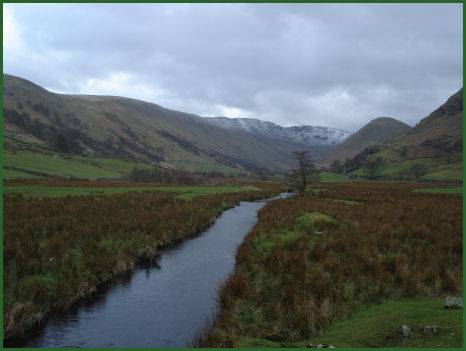 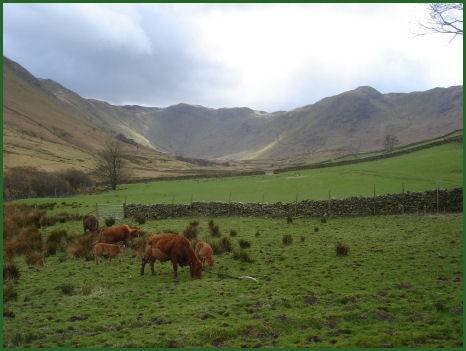 The Church of St. Martin

The characterful Lakeland church of St. Martin, dating from 1634, lies in an isolated setting in the remote valley. 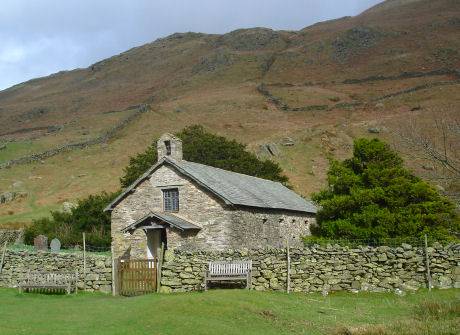 The building consists of a single chamber, the windows are of plain glass and there is no electric lighting. A church has occupied the site since at least the thirteenth century. The new church of Martindale, St. Peter's at Hallin Hause was erected in 1880.

A Roman font stands in the church, reputed to have originated from a wayside shrine at High Street at the top of the fells. The font was originally a standing stone said to to be at least 1,700 years old. At one time it was used by local residents to sharpen tools but was later hollowed out and used as a font. The marks from the tool sharpening are still visible. 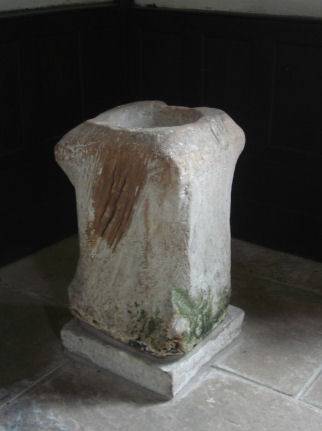 The benches and the pulpit date from the seventeenth century, as does the table which serves as an altar, which is inscribed with the date 1674 and is simply laid out with a wooden crucifix and candlesticks. The stone floor was laid in 1724.


The view down the valley from the churchyard 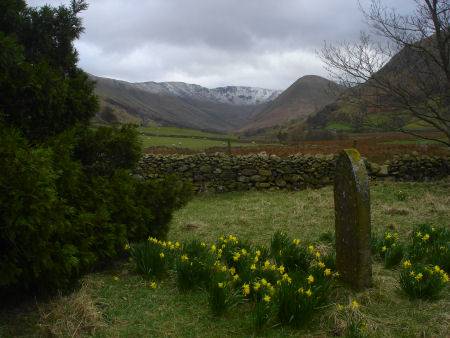 In the churchyard stands a stately yew tree estimated to be at least 1,400 years old. The church is open at all times to passers by, mainly walkers. The new Martindale church of St Peter, which replaced St. Martin's in 1881, stands about half a mile away.


Martindale is the home of the oldest herd of wild red deer in England. This herd is the only pure red deer blood-stock in the country, with no Sika cross-breeding. They are most likely to be seen in the area of the Nab in the Howegrain and Bannerdale valleys and towards High Street. The Dalemain Estate owns the surrounding fells and tends to discourage fellwalkers from wandering within the deer breeding grounds. The deer may be seen with binoculars, particularly in the winter months. The area is also home to semi-wild fell ponies. 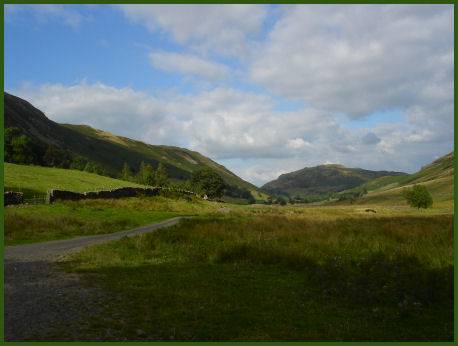 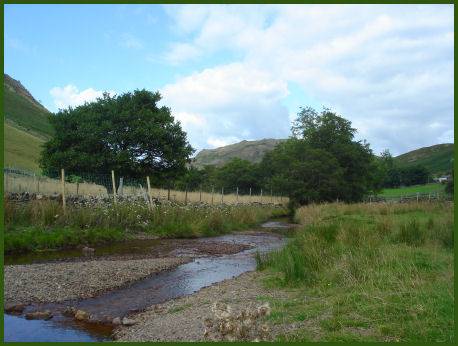