The village of Glenridding, spectacularly set within an ampitheatre of mountains, lies at the southern end of Ullswater at the foot of the Kirkstone Pass and is the largest and busiest of the several villages that lie on the lake's shores. 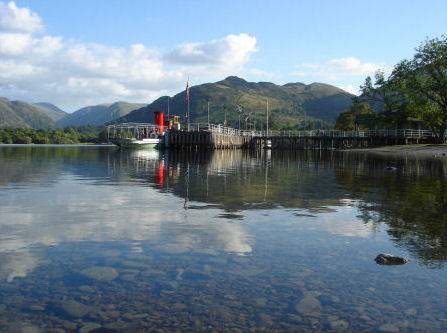 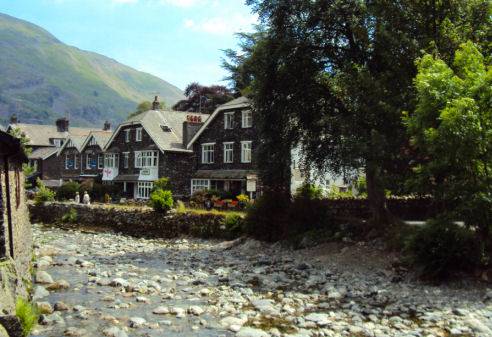 The village has a large car park, tearooms, a Post Office, a large general store and a few shops. It offers a range of accomodation. A wide and fast flowing beck gurgles through the village centre, flanked by stone buildings. The name Glenridding means 'glen grown over with bracken'.

Rowing boats can also be hired for use on the lake and the scheduled steamer service offering leisurely cruises on Ullswater operates from Glenridding pier. 'The Raven' and the 'Lady of the Lake' are both 19th century steamers. "Lady of the Lake" was first launched in 1877. "Raven" was built in 1889, in Rutherglen near Glasgow by Thomas Seath and Company. During the 1930s both vessels were converted to diesel. 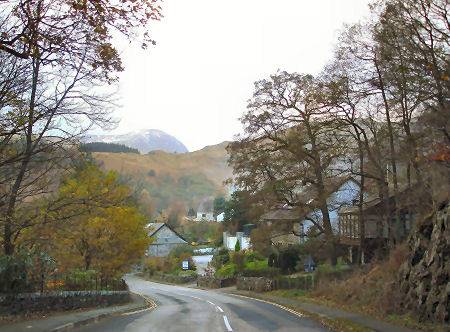 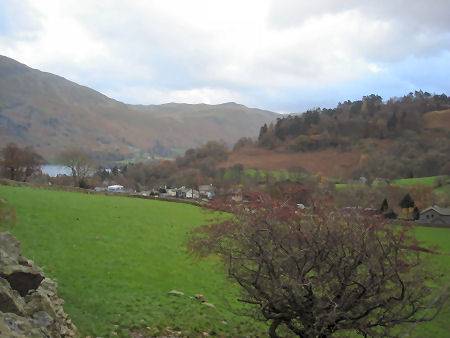 The main street of the village leads to the disused lead mines. Lead ore was discovered by a team of Dutchmen in the 1650's and mining began half a century later. Greenside Mine at one time provided major employment in the valley. It produced high quality lead for 200 years, the mine closed in 1962. A highly scenic walk leads up Glenridding Beck to the mine buildings, one of which is now serves as a youth hostel.

With the decline of the lead mining industry, the area's main income is now derived from the tourist trade. The area is highly popular with walkers and climbers with many walks to suit all levels of fitness.The Helvellyn walk to Striding Edge, quite a challenging walk, leads from Glenridding.