Ruggedly beautiful and of rapidly changing moods, Brothers Water is the smallest of the English Lakes, at under half a mile long and a quarter of a mile wide and does not exceed 70 feet in depth. It is situated high among the rocky crags at the northern end of the bleak and rugged Kirkstone Pass. Lying only two mles from Ullswater, the two lakes were at one time joint and have been separated by silt washed down from the fells. 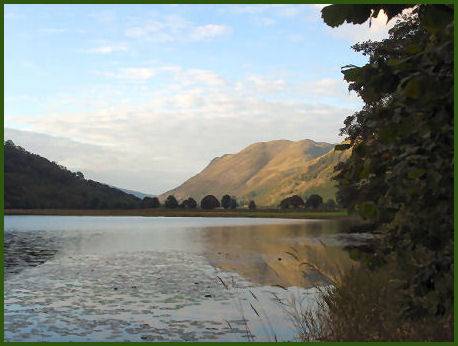 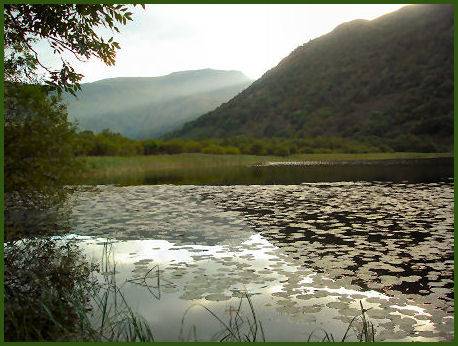 Dorothy Wordsworth, sister of the poet, referred to Brothers Water as 'the glittering, lively lake'. A pleasant wooded walk follows the western shore.

Once referred to as Broad Water, the lake derives it's present curious name from two brothers who drowned there tragically in the nineteenth century. Brothers Water is now owned by the National Trust. In an attempt to preserve its unique character, boating is not permitted on its waters.


A walk to Brothers Water from Patterdale 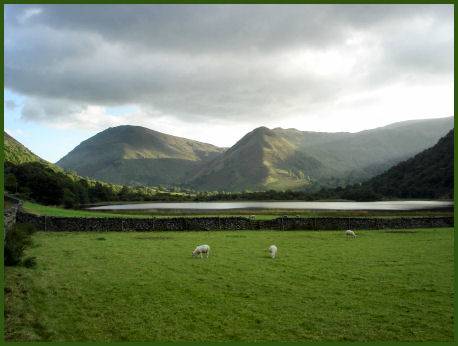 Distance :-two and a half miles

Duration :-one and a half hours

*Starting at the Cow Bridge Car Park at Patterdale cross the nearby bridge over Goldrill Beck.

*Turn left through a gate, which eventually rises and continues over higher ground around the edge of the lake passing Hartsop Hall Farm.

*Pass the farm along the track, ignoring paths to the right. Swing to the left, in front of Hartsop Hall then follow the right track, over a cattle grid which leads to Sykeside Farm Caravan and Camping Site.

*Pass through the site via a surfaced track passing the shop and farm. Bear left at the 'y' junction near the Brothers Water Hotel.

*Follow a driveway until it reaches the road, then pass through the gate on the left, leading to the path which descends to the shores of Brothers Water

*After leaving Brothers Water the path reaches a gate giving access to the road, turn left and cross to the footpath opposite and follow the road back to the Cow Bridge car park.