The small attractive village of Pooley Bridge stands at the northern head of panoramic Ullswater, one of the most scenic of the lakes.

Ullswater and the River Eamont at Pooley Bridge 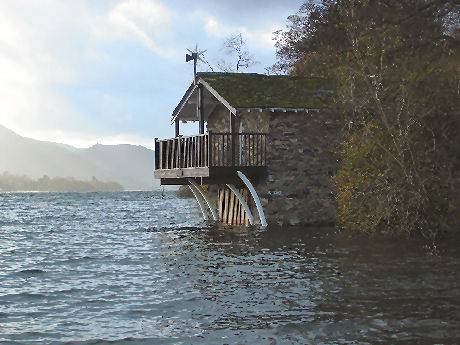 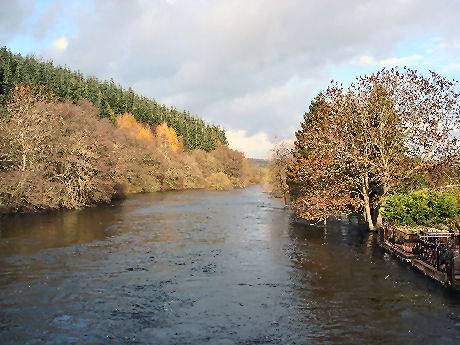 An ancient settlement on the River Eamont, situated at the point where it leaves Ullswater, the village derives its name from a large pool which once existed in the River Eamont, just before it flowed out of Ullswater, which has now disappeared. The present quaint stone bridge which spans the Eamont was built in the sixteenth century and provides some excellent views up the River Eamont to the lake.

In the past Pooley Bridge was a busy market town and a fishing and farming community, it is still a base for salmon fishing. The village has both hotels, guest house accomodation, a number of well appointed campsites and a Tourist Information Centre. St. Paul's, the village church, stands in the main street, the building dates from 1868.

Regular steamers operate cruises on Ullswater, taking passengers on leisurely trips from Pooley Bridge Pier to the villages of Howtown and Glenridding, at the southern end of the lake. The wooden pier house has a cafe selling light refreshments. 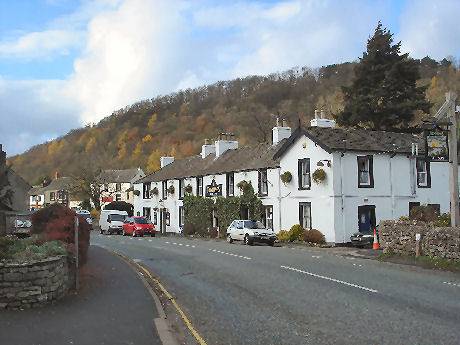 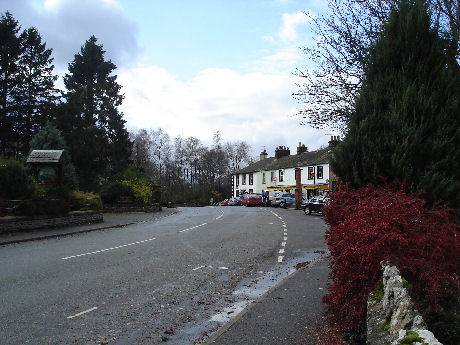 There is an interesting walk from the village to wooded Dunmallard Hill (The Hill of Slaughter), where Iron Age remains can be seen, with a deep ditch and ramparts. The small fort covers about 1.5 acres and contains the remains of dwellings.

Nearby Barton Hall is an interesting building which dates from the 18th century. St. Michael's Church at Barton is also worth a visit, the tower and nave where constructed around 1150. The church came to be owned by the Augustinian Friars in 1330, who extended the chancel and cut wide arches into the tower. The father of the great Lake district poet, William Wordsworth is buried in the chancel.

A walk at Pooley Bridge

*Commencing from the Sun Inn at Pooley Bridge, follow the track that begins by the east wall of the inn. The track runs parallel to the River Eamont for a while before joining its banks by a weir. Take the track that leads through Hole House Farmyard.

*At arriving at two gates and a kissing gate, go through the kissing gate and follow the line of the fence, until you reach a stile and a a gate. Turn left, following a short path between hedges. On reaching cross near barns signpost, turn left and after about 200 yards cross a bridge, then turn right heading towards Barton Church.

*On reaching Barton Hall, go left passing under an archway. Proceed for around a quarter of a mile until reaching a T juction, cross the road and turn right and then immediately leftalong the path to Celleron. Pass through the gate after Winder Hall and bear left taking the track which runs south-west. This path was used by the Romans and Iron Age man before them and was known as 'Brettestrete'.

*Continue straight on for around one and a half miles until you reach cross tracks with a cairn, turn right to return to Pooley Bridge.