The Googleby or Guggleby Stone, which stands in a field by the footpath from Shap to the village of Keld, is the largest and most impressive of what was once an avenue of standing stones erected in Neolithic era. What remains of the avenue is known as the Shap Stones, or Carls Lofts.The stone has a single cup mark. 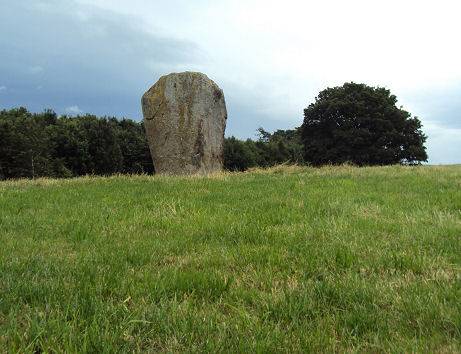 The Googleby Stone, which weighs about 12 tons, fell over in 1969 and was re-erected by Lancaster University Archeological Department.