Dramatic Cautley Spout, one of the finest scenes in the Howgill Fells lies around five miles north-east of the town of Sedbergh. It consists of a long series of waterfalls, where Red Gill Beck tumbles steeply over the edge of Cautley Crags into a wide glacial corrie. 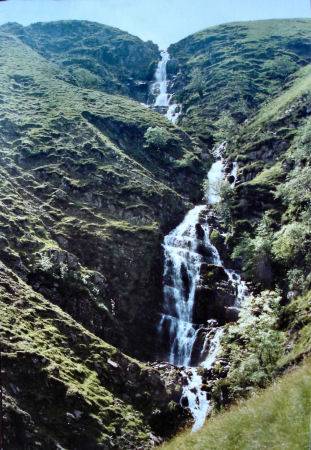 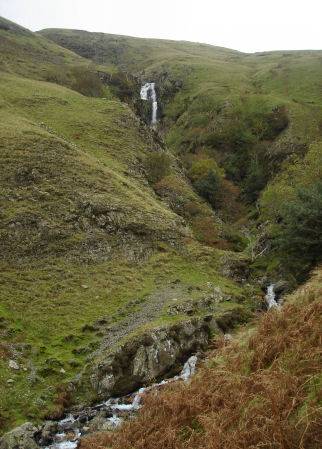 The spout is regarded as England's highest waterfall above ground. The waterfall tumbles down an impressive 199 metres (650 feet) in all and empties into the River Rawthey. There are four drops, the longest of which measures 250 feet. The River Rawthey, upstream as Rawthey Gill, has a further series of waterfalls. 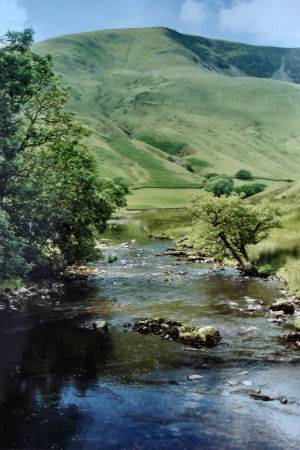 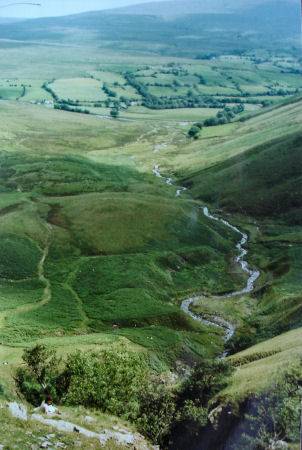 The walk to the top of the spout is steep, but is rewarded with some superb views of the surrounding landscape. The Howgill Fells are rounded hills composed of Silurian and Ordovician slates and gritstones. One of the two highest summits is the Calf, which stands at 676 metres.

Cautley Iron Age Settlement, at the foot of Cautley Spout, consists of scattered stones and earthwork remains. There is a stone-edged track which leads from the settlement to the foot of the falls.

The Howgills and the Rawthey 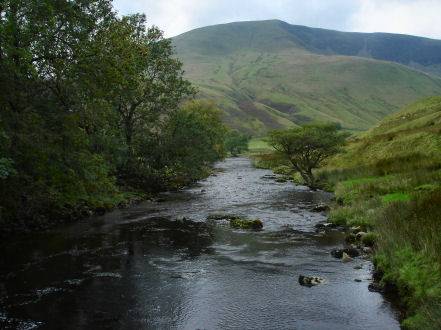 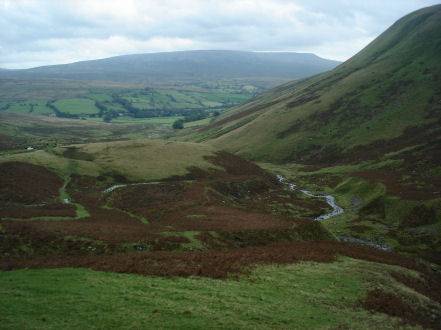 The Cross Keys Temperance Inn, siuated on the A683 road below the waterfall, is a pub that does not sell beer and is owned by the National Trust. The building dates from the early seventeenth century and was originally a farmhouse which was converted to an inn in the eighteenth Century. Due to the growth of Methodism in the nineteenth century, it became a Temperance establishment where no alcohol was served. In 1948 the inn was bequeathed to the National Trust by its last owner, Mrs. A.E. Bunney on the condition that it remained temperance. 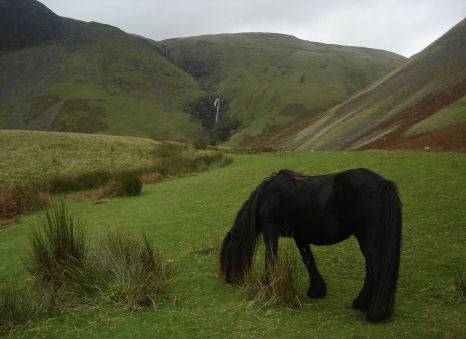 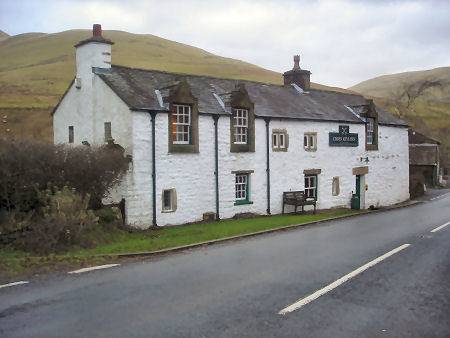