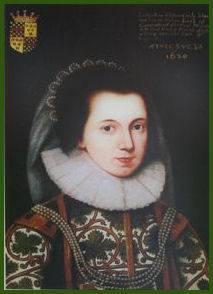 Lady Anne Clifford (January 30, 1590 - March 22, 1676) was the daughter and heiress of George Clifford, 3rd Earl of Cumberland and Margaret Russell, the daughter of Francis Russell, Earl of Bedford and was born at Skipton Castle. Her parent's marriage was not a particularly happy one, their two sons both died and the couple chose to live apart.

On the death of her father his extensive estates went to her uncle, Anne, his only surviving child was determined to resolve this unsatisfactory situation and obtain her inheritence. The struggle enmeshed her in lawsuits for many years, as the courts resisted the idea that a woman could rise to such a position of authority.

She was married twice, firstly to Richard Sackville, 3rd Earl of Dorset, and secondly to Philip Herbert, Earl of Pembroke and Montgomery, neither were particularly helpful in her attempt to regain her inheritence and both marriages were reportedly difficult, Lady Anne was said to possess a strong personality. She bore five children, though none of her sons survived to adulthood. She eventually came into possesion of her estates in 1643, on the death of her uncle's son, during the Civil War period.

Lady Anne was responsible for the improvement and restoration of many of the Clifford family's castles across the North of England, including Skipton, Pendragon, Appleby, Brough and Brougham Castles. She also built and restored churches and almshouses.

The 'Great Picture' of the Clifford family, now at Appleby Castle, was commissioned by Anne at about age fifty-six. the artist was probably Jan van Belcamp, it depicts a double portrait of herself at the ages of 15 and 56 with other members of her family. 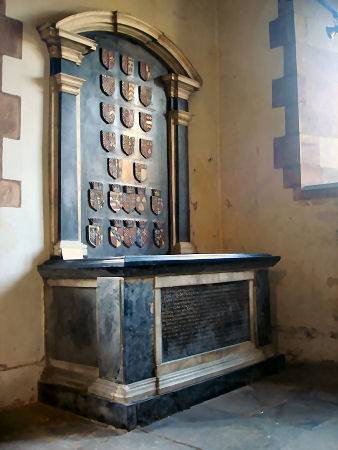 Lady Anne died at the ripe old age of 86 in 1676 at Brougham Castle and was buried close to her mother in the North Clifford Chapel at St. Lawrence's church at Appleby-in-Westmorland. The chapel contains the Black Marble Monument to Lady Anne, her coffin lies in a vault beneath. The tomb was constructed before her death in 1676. An alabaster effigy of her mother, Margaret Cifford (nee Russell), lies next to it.