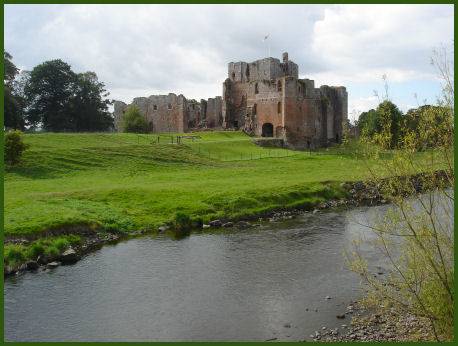 The imposing ruins of medieval Brougham Castle, which stand romantically by the River Eamont, occupy the site of a Roman fort, known as Brocavum, erected to guard the river crossing.

The castle is entered through a three-storey double-gatehouse which adjoins the thirteenth century square keep. To the south east of the keep was the hall, which was constructed by Roger Clifford in the late fourteenth century to replace for an earlier hall.

Brougham Castle's keep was built by Robert de Vieuxpoint in the early thirteenth century, along with a hall block, which did not survive, and service buildings, all of which were enclosed within a timber palisade.

The castle was acquired by Roger Clifford, when he married Robert Vieuxpoint's great-granddaughter, Isabella de Vieuxpont, in 1268.

Brougham was eventually inherited by their son, Robert Clifford, Baron de Clifford and 1st Lord of Skipton (circa 1274-1314), who carried out extensive alterations to the building. A new gatehouse complex was added, with an inner and outer gatehouse separated by a small courtyard, new domestic buildings, a new stone curtain wall to replace the timber palisade. The Tower of League was also added, to provide accomodation for important visitors. 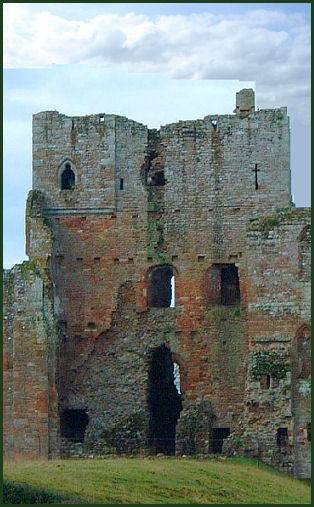 Robert Clifford became embroiled in King Edward I's Scottish campaigns. In 1298 he fought with Edward I at the Battle of Falkirk in which William Wallace was defeated, for which he was rewarded with Governorship of Nottingham Castle. He won aquired renown at the siege of Caerlaverock Castle in 1300 when King Edward I marched north with an army including eighty-seven of the Barons of England. Robert was killed whilst fighting for King Edward II at the humiliating English defeat at the battle of Bannockburn in 1314 and was buried at nearby Shap Abbey.

The next major changes to the castle fabric took place a century later, when Roger Clifford, grandson of Robert, and the second son of Robert de Clifford, 1st Baron de Clifford and Maud de Clare, added further domestic buildings. In August 1388, James, 2nd Earl of Douglas led the Scots in an attack into northern England. One one force advanced to the east and were confronted by the famed 'Harry Hospur' at the Battle of Otterburn in Northumberland, where Douglas was killed. A second force raided to the the west, when Brougham Castle was briefly captured by Scottish forces.

A disastrous fire of 1521 destroyed large sections of the building. During the Civil War Brougham was one of several castles in Cumberland and Westmorland that were garrisoned by the Cavaliers.

Brougham eventually came into the possession of the great Westmorland heiress Lady Anne Clifford, third and only surviving child of George Clifford, 3rd Earl of Cumberland, and his wife Margaret Russell. who acquired it in 1649. When she was sixty years old. Lady Anne carried out extensive renovations on most of the Clifford properties in Westmorland.

Around a mile from Brougham stands the Countess Pillar, built by Lady Anne to mark her last parting place from her mother. She died at Brougham in 1676 and the Clifford castles became the property of her grandson, Nicholas Tufton, 3rd Earl of Thanet. His brother and successor Thomas Tufton, 6th Earl of Thanet, sold off the furnishing and fittings, after which Brougham fell into a state of decay. Repairs to the building were carried out in the 1930s

Brougham, now in the care of English Heritage, lies just two miles from the town of Penrith. There is a small shop on the site, and an exhibition of Roman tombstones from the nearby fort. Some excellent views of the surrounding countryside may be had from the castle's towers.