Considered by Alfred Wainwright to be one of the prettiest villages in the old county of Westmorland, Askham is situated in the Eden Valley, lying around four miles south of Penrith and lies below rolling fells that sweep gently down to the River Lowther. 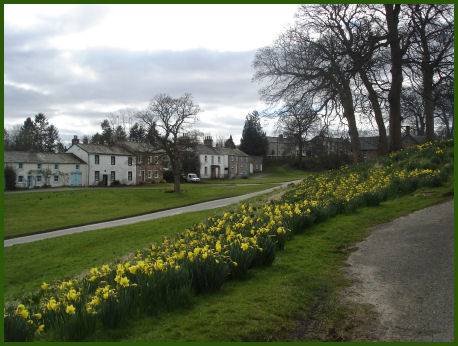 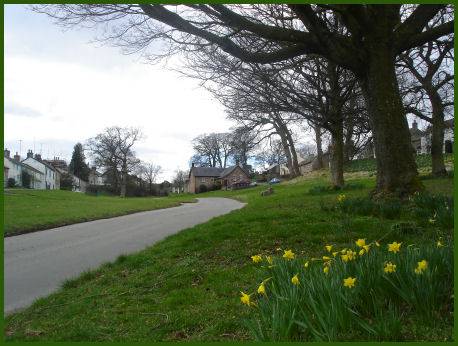 The haunting ruins of Lowther Castle stand adjacent to Askham. The spectacular castle dates to the 19th century and was designed by Robert Smirke, who designed the British Mueseum. To avoid death duties the roof and windows were removed in 1957, leaving a skeleton of a building which looms eerily over its surrounding estate. The estate is home to the Lowther Carriage Driving Trials and Country Fair, frequently attended by the Duke of Edinburgh. 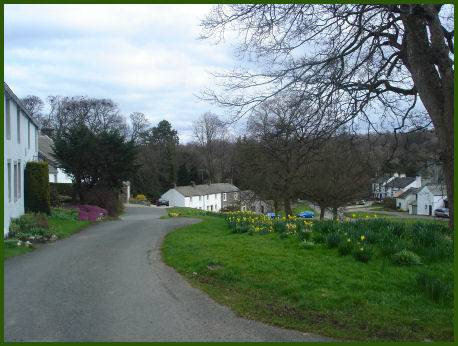 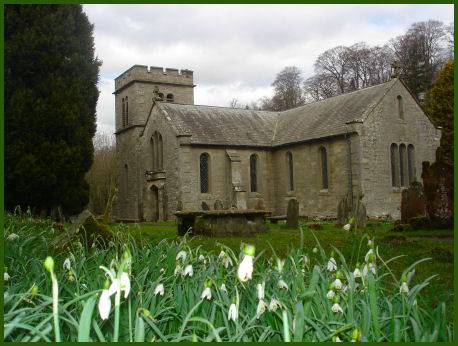 Askham has a long and pretty village green, dissected by a central crossroads and a group of buildings that include the 19th century village schoool. The green is awash with daffodils in the spring. the village has two inns, the Queen's Head, which dates back to the seventeenth century, retains many of its original features, including characterful old beams and roaring open fires. The eightreenth century Punch Bowl is a well furnished establishment, which in past times was a farm and orchard. The beams at the Punch Bowl have splits in which coins were once forced 'for luck'. Local tradition states that a wish will be granted for each of the coins so treated.

St. Peter's Church,a short distance from the village, dates from 1832, a Grade II Listed building, it was designed by Robert Smirke at the expense of the Earl of Lonsdale and replaced an earlier church on the site dedicated to St. Kentigern, which had stood on the spot since 1240. The windows are designed with individual leaded diamond panes of glass and the seventeenth century font was taken from the old church. The south transept, also a remnant from the previous church, was once a burial chapel for the Sandford family of Askham Hall. and contains a monument to Sir William de Sandford (died 1416)


Askham Hall, which stands opposite the church, set behind a wall at the foot of the village, began life as a medieval pele tower which was burnt in the course of a Scottish raid in 1326. 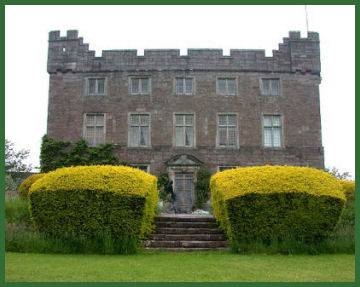 The tower was converted to an Elizabethan Country House by Sir Thomas Sandford in 1574. The house contains a fifteenth century chapel and is now the home of the Earls of Lonsdale.

The hall is not open to the public.


Nearby stand the pehistoric remains of Moor Divock, an area of level moorland. There are a group of prehistoric sites at Moor Divock which include a number of cairns, megaliths and stone circles. The Cockpit ( OS grid ref:- NY483223), dating from the Bronze Age, is a circle of ninety feet circumference, of 75 stones, some fallen, with the tallest stone being a little above a metre in height, the circle occupies a lonely spot, situated close to the Roman Road of High Street.

Moor Divock Cairns, are the remains of Bronze Age burial mounds, the cairns are of various sizes, but average at around 2-3 metres in diameter. White Raise cairn ( OS grid ref:- NY489225) , which dates from the Bronze Age, is a large round cairn made of stones and cobbles that although damaged still stands nearly 2 metres high and about 20 metres in diameter, when opened the cairn was found to contain a crouched skeleton.

The moor is easily accessible from the road leading up from Askham. Moor Divock also offers excellent panoramic views across Ullswater to the Helvellyn Massif.