The small village of Dacre, overlooked by the green, wooded slopes of Soulby Fell, lies four miles to the south east of Penrith. The village lies just inside the boundaries of the Lake District National Park is steeped in history. 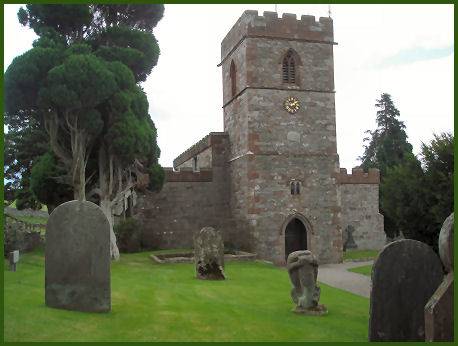 The Norman church of St. Andrew, built of the local warm red sandstone, has four curious and unique carved stone bear statues, known as the Dacre Bears, standing at the corners of its churchyard. They tell a story, following them in anti clockwise direction, of a sleeping bear who wakes and eats a cat or lynx that jumped on its back. Although their origins remain obscure, it is believed that these may be viking hogback bears, traditionally holding viking boats, or huge lions holding shields. A church has occupied this spot for over a thousand years. 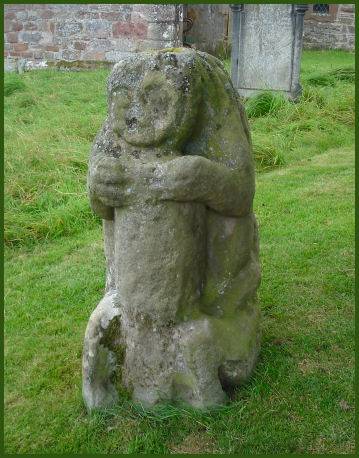 Inside the church is a fragment of an ancient pre-Viking cross and a stone commemorating the Peace of Dacre when the Saxon King of England, Athelstan, made peace with Constantine, King of Scots and Owen Caesarius of Cumberland in 927, at which Constantine and Owen converted to Christianity. 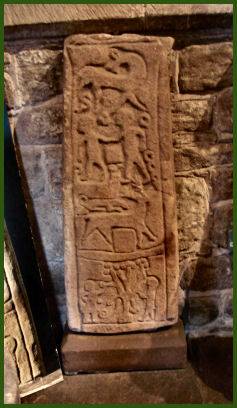 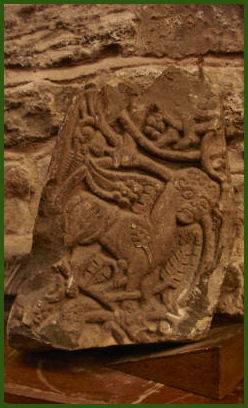 Their meeting was recorded by the medieval chronicler, William of Malmesbury, Owen was a man of gigantic stature, his gravestone can be seen in the churchyard of St. Andrew's at nearby Penrith A mutilated effigy of a a medieval knight in chainmail, believed to have been a crusader, also stands inside the church. 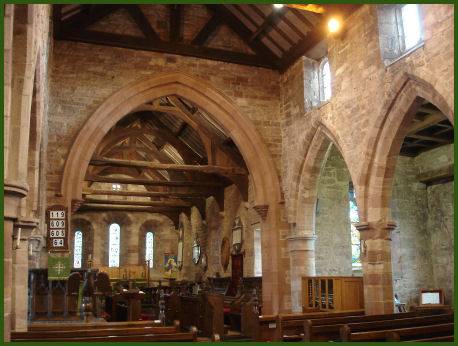 The Anglo-Saxon chronicler the Venerable Bede, writes of a monastery at Dacre in 731 in his Ecclesiastical History, where he names it as Dacore. Since there is no later reference to such a monastery it has been assumed that it was destroyed during Viking raids. Archaeological excavations carried out on the site verify that the church may occupy the site of the former Saxon monastery.

One of the items of interest in the church is a large seventeenth century lock, now located in the south door, which bears an inscriptiion with the initials 'AP' and the date 1671. The lock was given as a gift to the church by the great Westmorland heiress, Lady Anne Clifford, Countess of Pembroke.


The Horse and Farrier Inn in the village is an eighteenth century coaching inn with a welcoming and relaxed atmosphere. The interior of the building has been described as 16th century.

The village derives its name from the Celtic word daigr which translates as 'tear', a possible reference to the waters of Dacre Beck.


Imposing Dacre Castle, which is reputed to be haunted, began life as a pele tower, founded in the fourteenth century. Pele towers were built throughout the North to guard against raids by the Scots, a common feature of life in the north of England during the Middle Ages. Dacre was one of a line of such pele towers which were built in the Eden Valley. 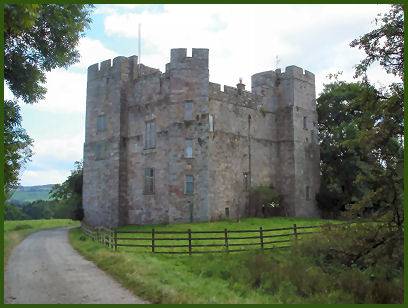 The castles battlements are very well preserved. A licence to crenalate the building was granted in 1307 to William de Dacre. Additions were made to the building by Thomas Lennard, 15th Baron Dacre and 1st Earl of Sussex. He died in 1715, after which his possessions were sold off. The castle was purchased by Edward Hasell of nearby Dalemain House and remains part of the Hasell estate today.

The first of the Dacre family to be recorded was Alexander de Dacre, a crusader, who lived in the twelfth century, the family gradually increased its position and influence. The last of the Dacre family fled to Scotland after having been involved in a ill fated rebellion against Queen Elizabeth I.

Dacre Castle is not open to the public