Imposing Lowther Castle, with its spectacular turrets, stands four miles south of Penrith, the castle was built for Hugh Lowther, fifth Earl of Lonsdale, in the Gothic revival style by the architect Robert Smirke, designer of the British Museum, between 1806 and 1814. 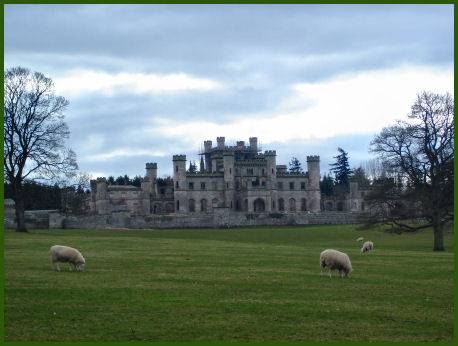 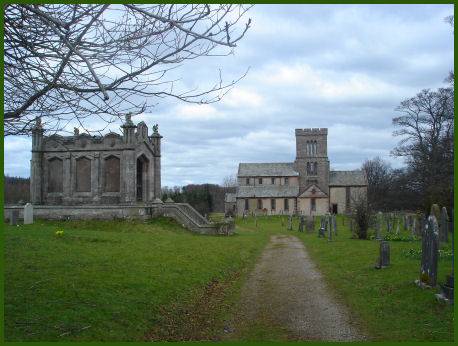 The castle stands on the site of the former Lowther Hall, where Mary, Queen of Scots once stayed and which was destroyed by fire in 1720. The area has been the seat of the Lowther famiy since the reign of Edward I.

The 5th Earl was an amateur boxer who gave his name to one of the sport's most coveted trophies, the Lonsdale Belt, he was also the first president of the automobile association. From 1882 to the early 1920s, parties and sporting weekends at the castle were visited by royalty, heads of state and politicians. The Earl's extravagance however, ruined the family fortunes. To avoid death duties the roof and windows were removed in 1957, leaving a skeleton of a building which looms eerily over its surrounding estate. The castle was used by a tank regiment during the Second World War whose manoeuvres further damaged its surrounding walls and bridges.

The surrounding 3,000 acres of grounds include a 50-acre garden, woodland and riverside trails, along with the Lakeland Bird of Prey Centre, which is situated in the walled garden of the castle. The estate is home to the Lowther Carriage Driving Trials and Country Fair, frequently attended by the Duke of Edinburgh.

Left- The interior of the church. Right- The mausoleum to the second Earl of Lonsdale in the churchyard 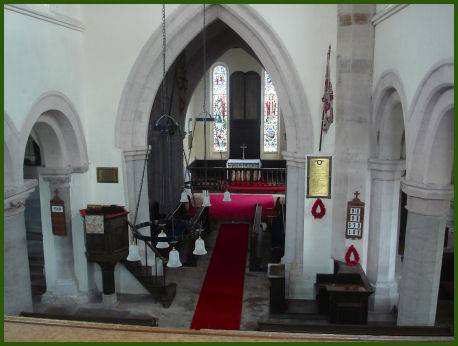 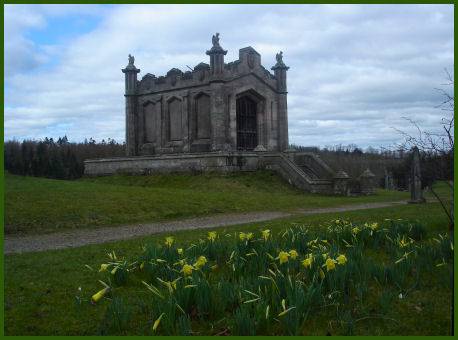 St Michael's Church, which stands opposite the Castle, contains a number of memorials to the Lowther family. The church dates from the twelfth to thirteenth centuries, but underwent extensive restoration in the Victorian era. A Viking tombstone stands in the porch. A mausoleum to William Lowther, second Earl of Lonsdale, stands in the churchyard.

The castle is now owned by the Lowther Estate Trust and an active programme of restoration and management has been in place for a few years. The Lakeland Bird of Prey Centre is situated in the walled garden of the castle.