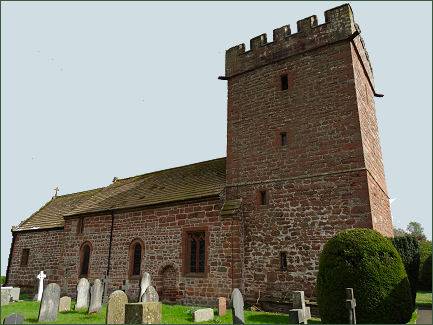 The village of Great Salkeld lies at the base of the western slope of the Eden Valley, a few miles to the north east of Penrith.

In the Middle Ages, Great Salkeld was sometimes referred to in documents as Salkeld Regis as it was at times the property of the Crown. The village was once connected by a bridge over the River Eden to neighbouring Little Salkeld.

The red sandstone church of St. Cuthbert's, which stands at the centre of the village, dates to the twelfth century and is remarkable for the pele tower,with an iron door for defence of the inhabitants against the Scots, which was added to it in the fourteenth century, it is one of only three churches in Cumbria with a defensive pele tower (the others are at Newton Arlosh and Burgh-by-Sands). The tower houses two vaulted chambers, a fireplace and, unusually, a dungeon. 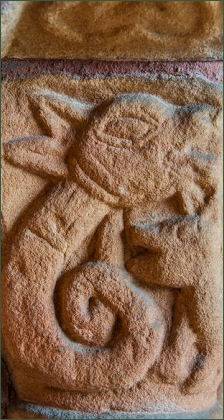 A church has occupied the site since 880 AD, when the body of St Cuthbert was rested here after being brought from Holy Island. The Saxon church was rebuilt in 1080. The pillars and capitals of the entrance appear to date around from the eleventh century, they are dogtooth carving with figures of beasts, birds and serpents. The remnants of an uninscribed Roman altar was discovered here in the nineteenth century and can be seen inside the porch.

Great Salkeld Rectory, situated just off the village green, also incorporates a pele tower, probably dating to the early fifteenth century. The Rectory bears a date stone over the door inscribed 1674 but this however, was the date of it was rebuilt. 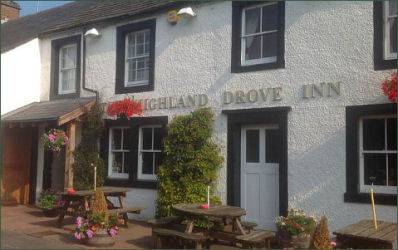 The village pub, the Highland Drove is home to the Kyloes Restaurant which continues to provide one of the best dining experiences in Cumbria. The village's location is on several ancient drove roads used to bring cattle to market, the pub was once the stopping place for the drovers, whose animals were watered at the Dub just outside the village.

Great Salkeld was the birthplace of the Lord Chief Justice of England, Edward Law (1750-1818)

Just across the River Eden stand Long Meg and Her Daughters, which dates from the Bronze Age and is the third largest stone circle in Enlgand. The circle was probably used for rituals associated with the changing of the seasons, the setting midwinter sun is aligned with the column stone of Long Meg.

An excellent example of a small eighteenth century corn mill, which has been restored to full working order, may be seen at the nearby village of Little Salkeld.

Nearby Lacy's Caves are a series of five chambers in the sandstone cliff of River Eden, they are named for Lieutenant-Colonel Samuel Lacy of Salkeld Hall, who was responsible for their carving in the 18th century.