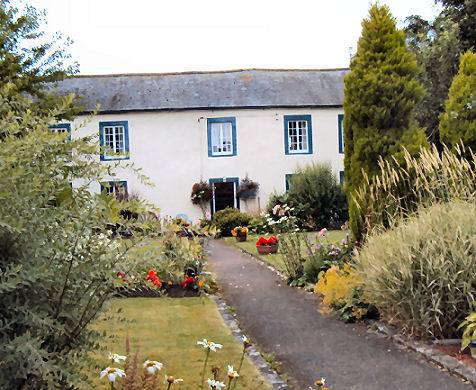 The linear village of Clifton lies around 3 miles southeast of Penrith.

The village's main claim to fame is as the site of the Battle of Clifton Moor, the last battle to take place on English soil, fought during the 1745 Jacobite Rebellion between Bonnie Prince Charlie, 'the Young Pretender' and William Duke of Cumberland, younger son of George II. One of Clifton's most famous sons was the industrialist John "Iron-Mad" Wilkinson, who was born in the village in 1728.

Clifton Tower, a pele tower dating to the fifteenth century, is situated in a farmyard across the road from St Cuthbert's church. A small pele tower, Clifton Tower stands at three storeys high and measures 33 feet by 26 feet. Dating to the fifteenth century, the tower is the only surviving part of a manor house which once belonged to the Wyberg family.

The story of the local Wyberg family, whose property was forcibly sold , by the Lord Protector Oliver Cromwell in 1652, is related in Sir Walter Scott's novel, 'Waverley', which also features the battle on Clifton Moor. The Wyberg's had been staunch supporters of the Royalist cause during the Civil War.

Wetheriggs Country Pottery at Clifton Dykes was founded in the 1860s. It is the only steam-powered pottery still in operation in Britain and is open to visitors.

Clifton Dykes has been suggested as the pre-Roman conquest centre of the Carvetti, an Iron Age and Roman-period tribe, who may possibly have led a resistance against Roman forces in 69 A.D. under the leadership of Venutius. This suggestion is based upon the evidence of a large, 7 acre Iron Age enclosure discovered there, plus assumptions about its strategic importance on the Eden Valley communication routeway. However, This claim however has been disputed by some authorities: The Carvetii may have always been centred on Carlisle even before the Romans set up Luguvalium and Venutius may not have been Carvetiian.


The Battle of Clifton Moor

The skirmish known as the Battle of Clifton Moor took place on the 19th December 1745, between a rearguard of Prince Charles Edward Stuart's Jacobite army as they retreated from Derby and elements of the Duke of Cumberland's Hanoverian forces who were in pursuit of them.The battle is alluded to in Sir Walter Scott's novel 'Waverley'. 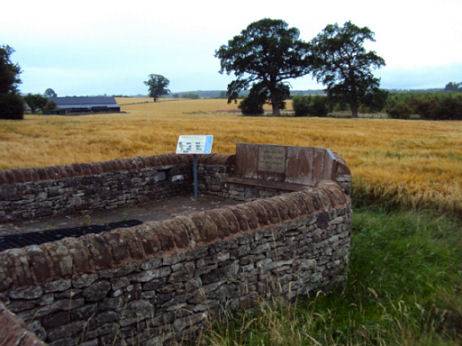 Twelve Jacobite soldiers and ten government dragoons were killed in the skirmish four Hanoverian officers wounded. One British dragoon is recorded as dying in Clifton several weeks later, presumably of wounds received in the battle. The only prisoner taken on this occasion was a footman of the Duke of Cumberland. This man was sent back by Charles. A skeleton, wearing tartan was found near Stanhope in the 1920's is believed to have been a Jacobite casualty of the skirmish, though this is uncertain.

The Jacobite dead are buried beneath the Rebel Tree which stands on the southern edge of the village. The tree can be found by going into Town End Croft, just south of the George & Dragon pub. 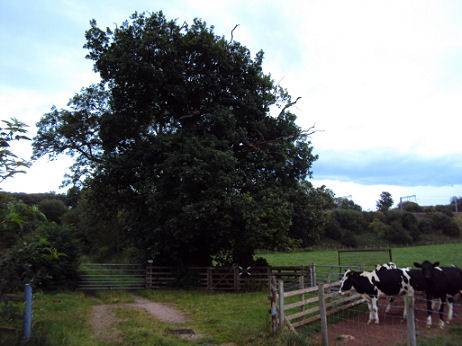 At the foot of the tree is a memorial brass plate mounted on a stone. In 2006 a new plaque was installed on the site by a group of Scots who paraded through the village in kilts, complete with piper, the tree remains as a site of pilgrimage for Scots.

The Kelter Well, a rectangular shaped well with metal grating, situated by the roadside, has a recent memorial to the battle. In the far left corner of the wall is a recess with a plaque commemorating the 250th anniversary of the battle. The Duke of Cumberland is said to have spent the night after the battle at Townend Cottage, on opposite side of the road from the George and Dragon pub.

The village church, St Cuthbert's, is said to contain some of the remains of St Cuthbert himself, he died in AD 687 and is buried at Durham Cathedral. 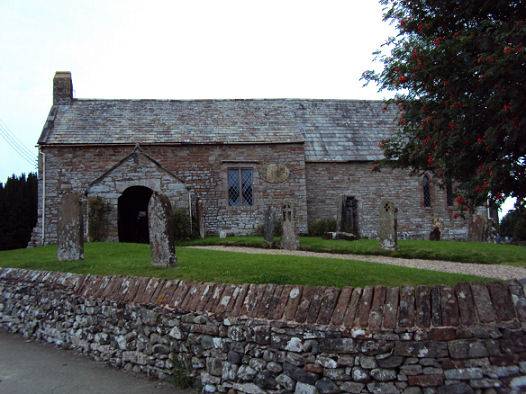 The nave of the church dates back to the twelfth century, and the doorway is Norman. St Cuthbert's contains a monument to a local benefactress, Eleanor Engayne, who died about 1395. The manor of Clifton was given in the reign of Henry II, by Hugh de Morville, one of Thomas Becket's murderers, to Gilbert de Engayne, with whose descendants it continued till their heiress, Eleanor, in 1364, carried it in marriage to William de Wyberg of St Bees.

The church contains the graves of ten men killed in battle of Clifton Moor, a stone near the churchyard gate commemorates the event.