Mayburgh Henge lies around a mile south of Penrith. Incongruously situated by the M6 motorway, the monument is thought to date from around 2000 to 1000 B.C. 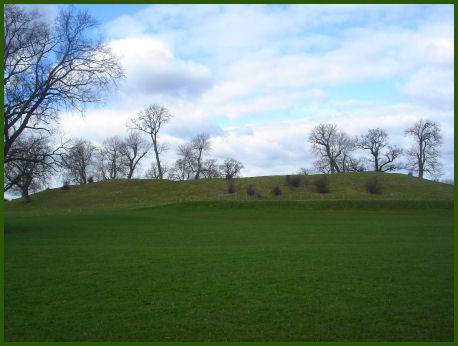 The standing stone at Mayburgh is composed of volcanic ash, and is the solitary survivor of the original four stones which once stood at the centre of the monument. Another four once guarded the entrance to the henge. The stone measures 9 feet 2" inches (2.8 metres), the surrounding bank is built using millions of pebbles from the nearby rivers.

Left- The standing stone, Mayburgh Henge Right- The entrance to the henge 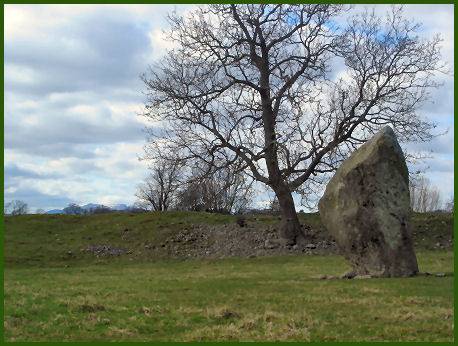 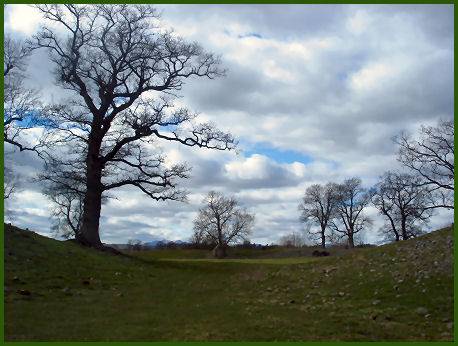 The huge bank stands at around 15 feet high and has a diameter of around 380 feet and is broken by a single entrance facing east toward King Arthur's Round Table, a small henge located about 400m away. In the late ninteenth century, a broken Cumbrian axe was discovered buried at the entrance to the henge. This could indicate this henge was connected with the trade in stone axes.

The destruction of the other stones at the site was witnessed and recorded by William Stukely, the famous eighteenth #Century antiquarian. He relates that the stones were blasted into fragments with gun powder.

Mayburgh Henge is now in the care of English Heritage.