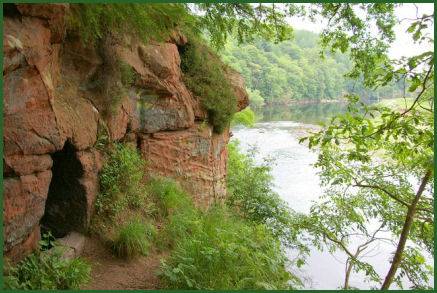 Lacy's Caves consist of five man made chambers carved out of the sandstone cliffs directly above the River Eden at Glassonby just to the north of the village of Little Salkeld.


The caves were commisioned in the eighteenth century by Lieutenant Colonel Samuel Lacy who lived in nearby Salkeld Hall and was infamous for once attempting to blow up the stones of the Long Meg and her Daughters Stone Circle. Lacy decided to blast the prehistoric monument with gun powder. However, commencement of the work coincided with a violent thunder storm, which was interpreted by the labourers as a supernatural warning and they refused to continue the work, thereafter Lacy had a change of heart.


The caves were used by Colonel Lacy as a romantic folly for entertaining his guests and the area was originally planted with ornamental gardens, containing colourful rhododendrons, some of which still survive. Lacy's Caves may have been an attempt to replicate the Wetherall Caves which lie further up the River Eden. It is reported that Lacy even employed a man as a hermit to give an authentic appearance to the caves! 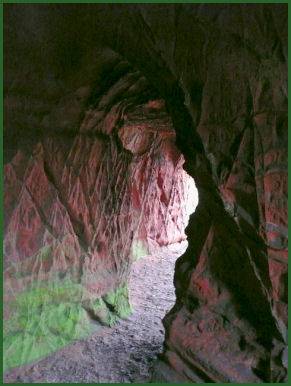 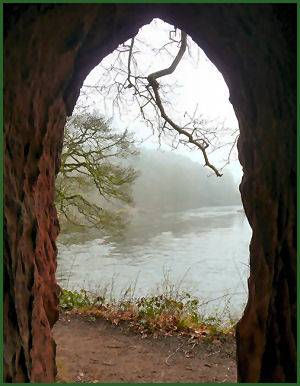 *Commencing at the car park at Little Salkeld, proceed toward the railway line and follow north along the railway, continue along the path as it veers away from the railway and joins the River Eden.

* Follow the path y the River until you reaching a road, turn right and follow the road into Glassonby. Continue in a southerly direction, then turn right towards Addingham Church.