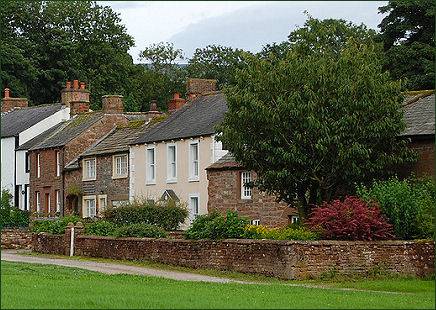 The small village of Milburn is situated about 9 miles (14.5 km) to the east of Penrith.

Milburn is located on the northern side of the beautiful Eden Valley, an area popular with walkers. The village lies beneath Cross Fell, the highest point of the Pennine Hills.

The village is a classic example of a medieval fortified village and consists of a cluster of houses, many of which date from the eighteenth century, which nestle around the pleasant rectangular village green of 4.5 acres. The green was only open at its four corners, access to the village was possible through narrow gaps between the houses, rendering its defence easier.

A maypole topped by a heavy metal weather cock stands at the centre of the Green, sited on a small mound known as Butt Hill. Such maypoles are a common feature of villages in the Eden valley and there has been a maypole on this site in Milburn for at least 150 years. The present Maypole was erected in 2014. when the previous maypole was declared unsafe.

Howgill Castle, a fortified manor house lies around 1 km to the east of the village. It was built by John de Lancaster in 1354. It is defended to the north west by a deep ravine and commands extensive views. The original structure is more or less completely disguised by substantial seventeenth century modifications, but inside the shell created by this later work lie two three storey towers, each 64 feet by 33 feet with walls about 9/10 feet thick connected by a wall. This wall contains two flights of stairs providing communication between the towers. 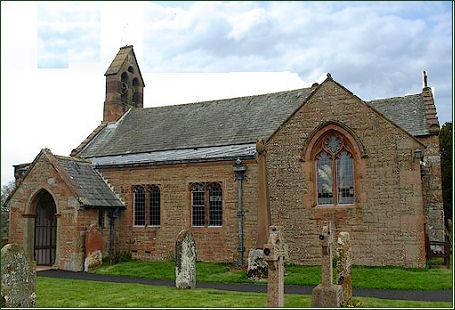 The medieval sandstone church of St Cuthbert stands in fields above the deep ravine of Stank Beck around half a kilometre (1/4 of a mile) to the south west of the village and is accessed via a road through the fields.

Although the stonework of the chancel is considered to be Norman, it is claimed that the body of St Cuthbert rested here in 876 when monks from Lindisfarne fleeing Viking raiders toured the county bearing the holy relics of the saint with them. It is therefore possible that a previous Anglo-Saxon church occupied the site of the present building.

The cult of St.Cuthbert was a popular one in late Saxon times and pilgrims flocked to his shrine at Lindisfarne shrine. On 8th June 793, the Vikings launched an attack on the monastery, some of the monks were slain, younger monks and boys were taken away to be sold as slaves. Gold and silver was pillaged and the monastery burnt. The body of the revered saint, together with other relics and treasures including the Lindisfarne Gospels, were carried by the monks and villagers onto the mainland. They wandered for a full seven years, until 883, when they were given a church at Chester-le-Street, near Durham.

The small and simple Grade I listed church was extensively restored in 1894 and consists of a nave, chancel and south aisle, part of which is now the porch and vestry. There is a small bellcote and an ancient stained glass window has survived in the transept.

The south door dates to the late Norman era and a number of decorated stones of Norman date are set into the exterior of the south wall.