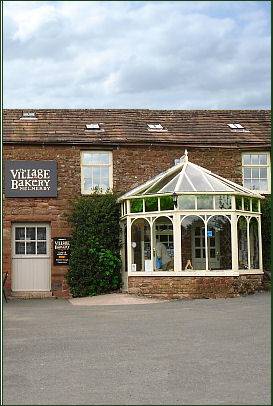 The small, picturesque village of Melmerby, near the town of Penrith is situated in the beautiful Eden Valley, an area popular with walkers. Melmerby Fell stands nearby and Cross Fell, the highest part of the Pennines, is only some three or four miles (6 km) away.

The village derives its name from one Melmor, a ninth century Viking, it consists of red sandstone buildings which overlook a large and pleasant village green, where the villagers still possess traditional grazing rights.

The popular Village Bakery (pictured left) is famous for its breads and cakes made with organic, stoneground flour. The bakery was opened in 2001 by the Prince of Wales. The village pub, the Shepherds Inn, serves excellent food. 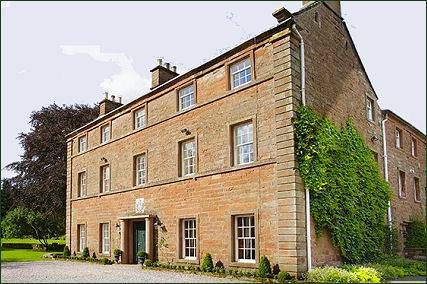 Melmerby has one of the 'Sheepfolds' by Andy Goldsworthy. The 'washfold' is situated at the southern part of the village, beside the A686. Access to the fold is over a small footbridge beneath which is a carved dub stone set in the river.

The most significant historic buildings to survive in the village to the present day are the church of St John the Baptist which dates back to the thirteenth century and Melmerby Hall, (pictured right) which began as a defensive structure in the early fourteenth century. The first recorded mention of the hall was during the reign of King Edward II (1307-27) when it was in the ownership of John de Denum, it was later inherited by the Threlkeld family. The hall was extended in the seventeenth century and yet again in the eighteenth in a Georgian style. The building boasts a priest hole and a large characterful inglenook fireplace. The grounds, which cover 20-acre (81,000 m2) include an archery lawn, walled vegetable gardens, a Victorian castle folly and wooded areas.

Long Meg and Her Daughters, the 3,500 year old stone circle, which is the second largest in the country, is situated nearby at Little Salkeld. 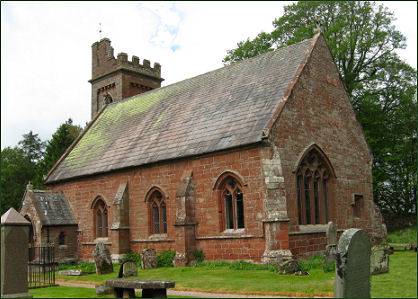 The red sandstone village church of St John the Baptist dates back to the thirteenth century and as it is mentioned in the 1291 Taxation of Pope Nicholas IV.

Some of its windows , may be as old as 600 years, Melmerby Fell on the North Pennines is visible through the plain East window.

The building was enlarged in the sixteenth century with the addition of a northern aisle separated from the nave by stone pillars and arches, which were later removed. The tower was added in 1848 which entailed the destruction of an ancient bell-cote.

Three tomb-slabs lie in the chancel, one of which is highly unusual and is carved with a crocketed cross, sword, and coat of arms.

A weather vane in the shape of a cockerel perches on top of the church tower. The tower was constructed in 1848, and restorations of the building took place in 1895 and 1928.

The base of a preaching cross stands in the churchyard.