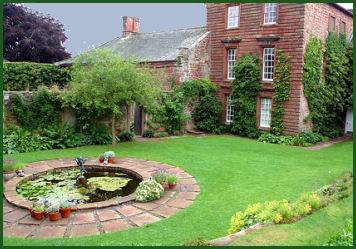 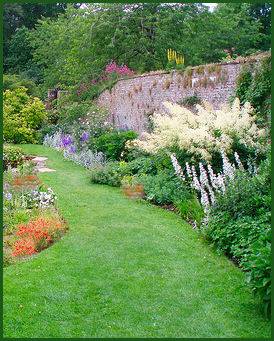 Acorn Bank Garden and Watermill is located at Temple Sowerby, around six miles east of the town of Penrith.

The garden and watermill are owned by the National Trust. The highly attractive sheltered gardens cover two and a half acres in all. The famous herb garden is home to the largest collection of culinary and medicinal plants in the north of England, containing over 250 varieties in the walled garden. The orchards, of which there are two, lie adjacent to the herb garden, and contain Old English fruit varieties.

There is a delightful display of dafodills in the early spring, followed by colourful roses, a wide range of herbaceous plants and flowering shrubs in the summer. The giant sequoia (Sequoiadendron giganteum) at Acorn Bank was planted at the time of the first introduction of the species into Britain from America.

A circular walk through the oak woods, which in spring are carpeted with dafodills and wood anemones leads along Crowdundle Beck. The woods are provided with a picnic area, and lead to the partially restored Acorn Bank watermill.

The attractive red sandstone watermill at Acorn Bank was restored in 1997 after being left in a derelict condition for a considerable length of time. The mill was built in the early nineteenth century, but a mill has been known to occupy the same site since the twelfth century. There are three waterwheels, each having a diameter of around twelve feet. The mill is powered by water from Crowdundle Beck and is open to the public.

The handsome sandstone house, which dates to the seventeenth century, once served as a base for the Knights Templar and later the Knights Hospitallers. The house is not open to the public, alhough parts of it are now used as holiday cottages .