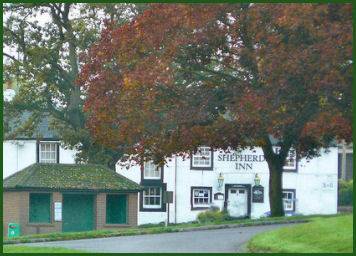 The village of Langwathby, which lies on the east bank of the River Eden, is situated on the A686 road, and stands around five miles north-east of the historic town of Penrith. The village, formerly known as Langwaldeofby, is of great antiquity and has its origins in a Viking settlement.

Langwathby nestles around its large central village green around which stand its post office, village hall, cottages and the village pub, the Shepherd's Inn, which serves meals. The red sandstone village church, St. Peter's dates to 1718 although parts of it are much older. The Methodist Chapel in the village was built in 1860.

Eden Ostrich World, a popular visitor attraction, is located just off the village green. An exciting Farm Visitor Centre based at Langwathby Hall, a 230 acre working arable beef and sheep farm. The centre opened at Easter 1998 and within three months, the attraction had gained the Cumbria Tourist Board's prestigious Best Visitor Attraction in Cumbria Award (under 50,000 visitors). 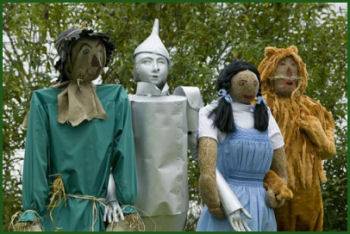 The Settle-Carlisle Railway, also passes through the village. Langwathby Station was opened by the Midland Railway on 1st May, 1876, and was designed by John Holloway Sanders. The station became an unmanned halt in January 1967 and finally closed to passengers on 4 May 1970, in 1996 it was converted into the award winning Brief Encounter restaurant. The line occasionally hosts steam specials.

Langwathby hosts a traditional May Day event each year, which is over over a hundred years old, and includes may-pole dancing, fancy dress, brass band, ring entertainment, village teas, stall rides, side shows and sports and football. This years May Day celebrations will be held on Saturday 17 May 2008.

The vilage is also famous for the Langwathby Scarecrow Festival which has been held annually since 2004, this years festival will take place on Saturday 12th and Sunday 13th of July 2008.

The metal Bailey Bridge which spans the River Eden at Langwathby was constructed in 1968, it replaced a three hundred year old stone bridge that was swept away during severe flooding in the early morning of 25th March, 1968.

Nearby places of interest include Little Salkeld Watermill a small eighteenth century corn mill, which has been restored to full working order, regular tours of the mill are available. The nearby Bronze Age stone circle known as Long Meg and her Daughters is the the third largest stone circle in England and measures around 360 feet (115 metres) in diameter.