The barren, grey, boulder strewn summit of Scafell Pike is the highest point in England at 3,210 feet ( 978 metres). Scafell was formed as a result of a volcanic cataclysm which produced some of the most dramatic mountain scenery in the central Lake District about 450 million years ago. 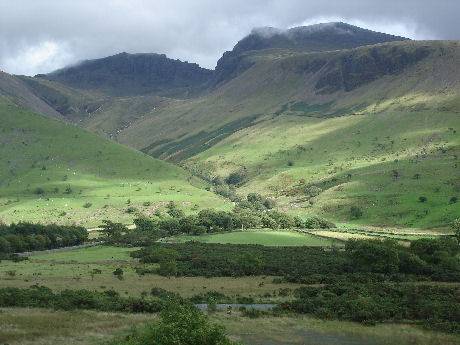 Scafell has has three principal summits, Broad Crag (3054 feet) Ill Crag (3040 feet) and Scafell Pike itself. At the height of the summer season all five routes to the summit can be very busy. Scafell is a long slow climb, but not a particularly difficult one. The corridor route from Sty Head is the easiest way of approach. The view from the summit is spectacular with views over Wastwater to the west and the Langdale Pikes to the east. The first recorded climb was made in 1802, by Southey, a friend of the poet Wordsworth.

Paths to the summit of Scafell Pike

*Route from Seathwaite Follow the main path from the farm at Seathwaite to Stockley Bridge. Cross the bridge and continue on the path to Styhead Gill. Bear left from the mountain rescue kit at Sty Head, turning right onto the Corridor Route. Bear left for the final ascent to the summit.

*Route from Wasdale Head From the car park at Wasdale Head head southwards to the stile and footpath signs. Continue along the path through the field and across the river footbridge.Follow the uphill path right to the junction at Lingmell Gill, then turn left and continue uphill following the course of the gill. Cross the river and continue up past Brown Tongue bear left, on the main path at Lingmell bear right for the final ascent to the summit.

*Route from Langdale This route traverses the long and difficult Rosset Gill path and at Esk Hause joins the path from Seathwaite. The path crosses the shoulder of the two other pikes of Scafell, Ill Crag and Broad Crag, both are difficult, with short descents inbetween, Broad Crag particularly is very rough. There follows the ascent up the north ridge to the summit, particular care should be exercised in winter when it can be icy and slippery. 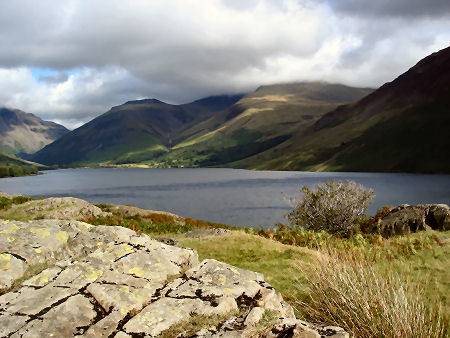 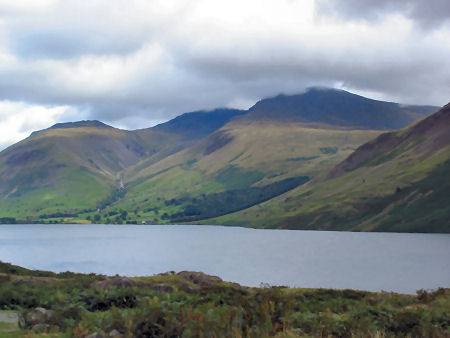 Scafell Pike is owned by the National Trust, to whom it was donated in 1920 by Lord Leconfield in memory of the men of the Lake District who fell in the Great War.