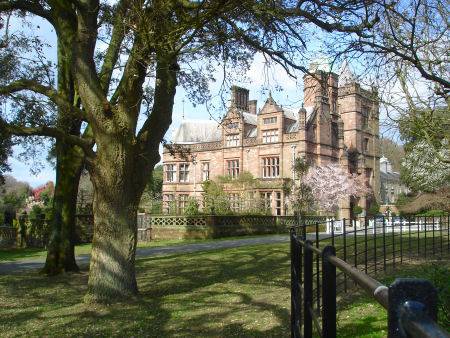 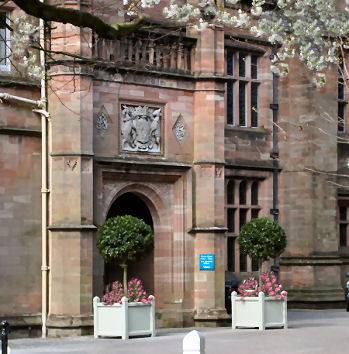 Holker Hall, the home of Lord and Lady Cavendish, stands in sheltered situation near Morecambe Bay around 2km to the southwest of the village of Cartmel.

The name Holker derives from the Old Norse language and translates as 'a rising in marshy land'. The land which the house occupies was originally owned by Cartmel Priory.

The first house to occupy the site was built in the sixteenth century. The present house been owned by the Cavendish family since the eighteenth century when in 1756 it passed to them from the Lowther family by the marriage of Lord George Augustus Cavendish.

A disastrous fire broke out at Holker Hall in 1871, Servants and family members made desperate effort to save the house contents as the fire raged, but it eventually destroyed the entire west wing of the building.

William Cavendish, 7th Duke of Devonshire, rebuilt the wing in 1874 on an even grander scale, employing the architects Paley and Austin of Lancaster. Built in red sandstone, it was described by Pevsner as 'the best Elizabethan Gothic in the north of England'. This Victorian wing is now open to the public. One of its most interesting featuresis the magnificent library, which holds over three thousand leather bound books, some brought from Chatsworth House, the room also contains some of the former possessions of the scientist Henry Cavendish (1731-1810), including a microscope owned by him. 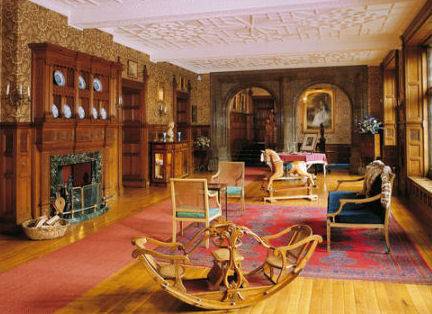 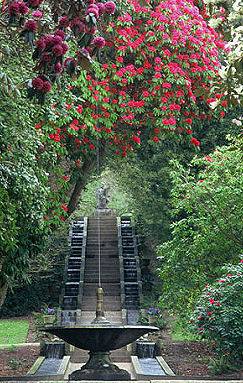 The entrance hall boasts a fine cantilevered oak staircase which is approached through polished limestone arches. It contains over 100 balusters, each of which is carved with a different design by workers on the Holker estate. The entrance hall's windows contain colourful heraldic stained glass, including a monogram and ducal coronet of the 7th Duke of Devonshire and the coats of arms of the Clifford, Cavendish and Lowther families.

Four painted panels which are attributed to Jean-Baptiste Oudry, are displayed on the walls of the billiards room, there is also a caricature by Joshua Reynolds, and paintings by Jan Wyck and Matthias Reed. The walls of the handsome drawing room are lined in silk, and the room contains a Carrara marble fireplace.

The furniture in the ornate dining room includes chairs by Thomas Chippendale. On the walls are portraits of family members, and a self-portrait by Anthony van Dyck.

The upper floor contains a gallery and four bedrooms. In the gallery is displayed a table with a purse which once belonged to Georgiana Cavendish, Duchess of Devonshire. Queen Mary, the consort of George V, stayed at Holker Hall in 1937, the room she slept in is still referred to as Queen Mary's Bedroom.

The Gloucester Bedroom and Dressing Room gained their names when they were used by Queen Mary's son, Henry, Duke of Gloucester and his wife Alice Montagu-Douglas-Scott, when they visited Holker in 1939. The walls are decorated with engravings of Brighton Pavilion by John Nash. The Wedgwood Bedroom contains a Carrera marble fireplace incorporating blue and white Wedgwood Jasperware, the four-poster bed in the room is by Hepplewhite. 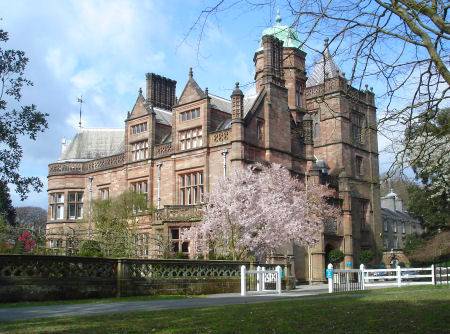 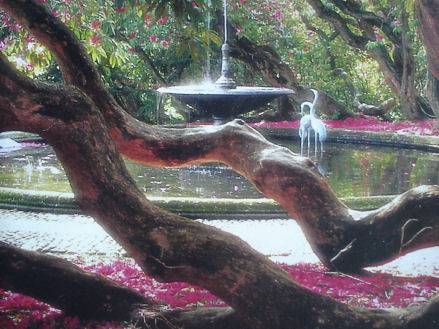 Holker Hall is renowned for it's truly spectacular gardens, which have recieved the accolade of world class from the Good Gardens Guide. They contain a variety of water features and are at their best in April and May, with a glorious display of azaleas and rhododendrons. Rare and exotic plants are also a feature. In all there are twenty three acres of formal and woodland gardens for the visitor to explore.The courtyard cafe boasts a local menu and the Holker Food Hall offers tempting treats for sale, the gift shop has many hand selected items for sale. 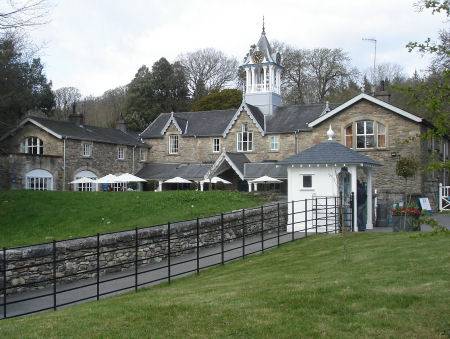 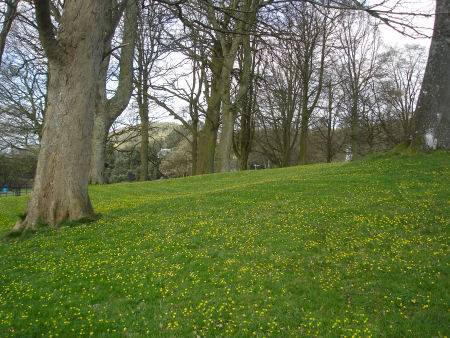 The pleasure grounds are set in a large and verdant parkland bordered by the Lakeland fells and are home to a herd of fallow deer. The 200-acre parkland is enhanced by the late eighteenth century planting of Lord George Cavendish. The Great Holker Lime, has a girth of 7.9 metres, and a height of 72 feet, its trunk stands in a cavern formed by overhanging branches. The Lime was named by The Tree Council in June 2002 as one of fifty 'Great British Trees'. It was probably planted as part of a formal garden in the early seventeenth century.