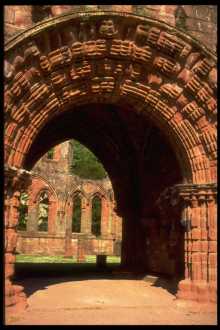 Furness Abbey, or the Abbey of St. Mary of Furnesia, is situated in the lush wooded valley of the Vale of Nightshade, about a mile from the town of Dalton in Furness. 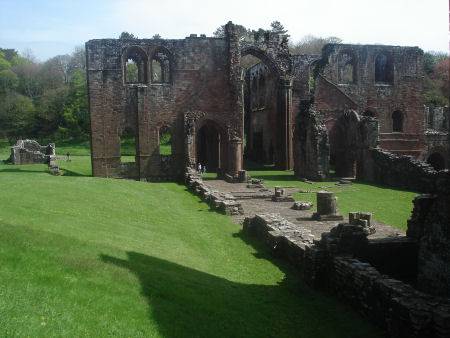 The Abbey was founded in 1124 for the order of Savigny by Stephen, Count of Blois, nephew of Henry I, and later King Stephen.

Despite the resistance of the then Abbot, Peter of York, in 1147 the abbey passed to the Cistercian order, along with other Savignac houses. One of the kings of Mann and the Isles is buried at the abbey, as are many of the Bishops of Sodor and Man.

The fabulously wealthy Abbey, was, with the exception of Fountain's Abbey, the most powerful in the country and once owned much of southern Cumbria, as well as owning land in Ireland and the Isle of Mann. Remarkable privileges were given to the abbot, who had great authority in the whole of the surrounding district.

The abbey has has suffered many raids by the marauding Scots in the course of its long and colourful history. It was attacked in 1316 and again in 1322 it was the subject of a Scottish attack led by Robert the Bruce. The abbot, John Cockerham, paid a ransom to the Scots king and entertained him in his own lodgings rather than try to defend the abbey and its property. The remains of this early to mid-thirteenth century lodging building can be seen to the south east of the church. The Scots accepted the abbot's hospitality and the ransom money, but nevertheless still sacked and pillaged the surrounding countryside and settlements. Nearby Piel Castle was built as a response to this raid.

During the Dissolution of the Monasteries in the reign of the formidable Henry VIII it became the first of the large abbeys to be dissolved, mainly because some of the abbey's monks became involved in the rebellion known as the Pilgrimage of Grace in 1536-7, and the fact that Furness had openly questioned the kings's declaration of supremacy over the church. When the king's agent, Robert Radcliffe rode into the north to quell the disturbances of 1536-7, he marked his progress with a series of executions. He suggested that Furness surrender as a 'voluntary discharge of conscience'; this the then abbot, Roger Pyke, did. Demolition began almost immediately, the lead roof from the Abbey was removed and melted down and the site at land were forfeited to the crown. 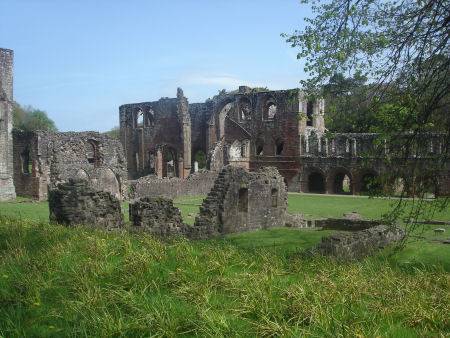 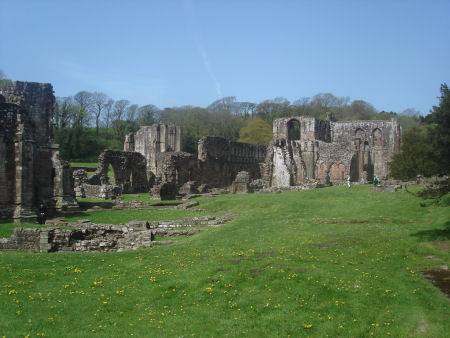 Furness Abbey is today owned by English Heritage, the evocative ruined red sandstone abbey has been drawn and engraved by the artist Turner and was much loved by the poet William Wordsworth.

Today's visitors can see the remains of the east end and west tower of the church, the ornately decorated chapter house and the cloister buildings. The visitor centre houses an education centre and a large exhibition on the history of the Abbey which includes a number of grave slabs and effigies removed from the site in the nineteenth century. An audio tour taking the visitor around the Abbey is available. 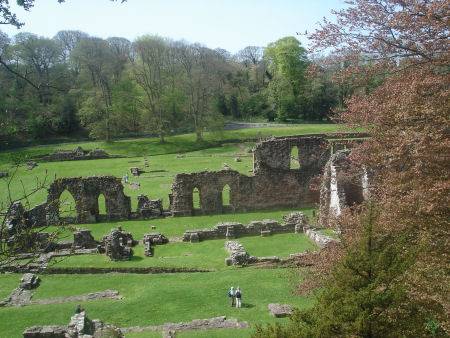 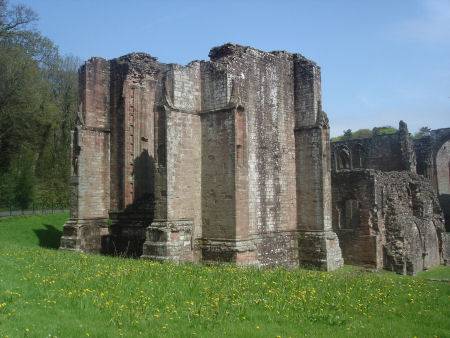