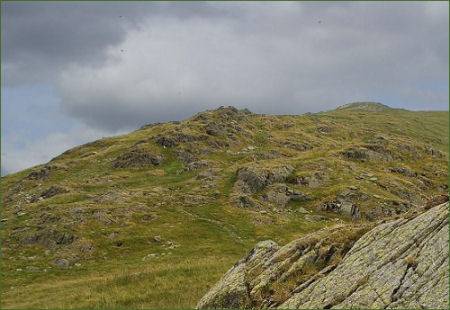 Stone Arthur, also known as Arthur's Chair, is an outlier of the Fairfield group of fells.

The fell looms high above Grasmere village and provides magnificent views of Grasmere Lake, Alcock Tarn and Esthwaite Water, while the hills around Coniston are clearly visible to the south west and many of the central fells are also to be seen from its summit. 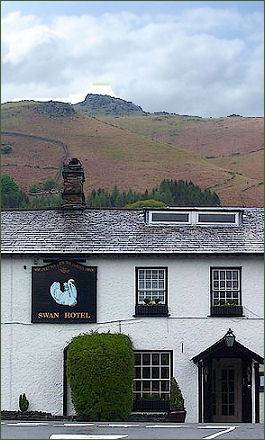 The fell, which rises to a height of 1,640 feet (500 metres) is actually the south western ridge of Great Rigg, (height- 2,513 feet/766 metres) but is described as a separate fell in Alfred Wainwright's Pictorial Guide to the Lakeland Fells. His decision was based on it having a summit tor with "a short wall of rock like a ruined castle".

From the summit of Great Rigg the main ridge descends over the tops of Heron Pike and Nab Scar which are covered by the Fairfield horseshoe walk. A second shorter ridge descends to the south west to Arthur's Chair.

The narrow Greenhead Gill valley lies between Stone Arthur and Heron Pike, mining was once carried out here, further up the fellside lies the site of the Elizabethan Grasmere Lead Mine and Ore Works (OS grid reference :- SJ 350 350), where the remains of stone buildings and walls still stand. The mine opened in 1564 and was one of the earliest Elizabethan mines in the Lake District.

To the north west of Stone Arthur the valley of Tongue Gill divides the fell from the slopes of Seat Sandal. Both Tongue and Greenhead Gills are tributaries of the River Rothay, which flows through Grasmere village to enter Grasmere Lake. The lower slopes have been planted with areas of woodland.

Alcock Tarn was originally known as Butter Crags Tarn and was enlarged by means of a stone and earth dam in the nineteenth century to a depth of about six feet. The owner, a Mr Alcock of Grasmere, then stocked it with brown trout

It is possible to ascend Stone Arthur directly up the steep ridge from Grasmere village, although the gradient on this route is very steep. The summit can also be reached from either side of the ridge.


A walk to the Summit of Stone Arthur 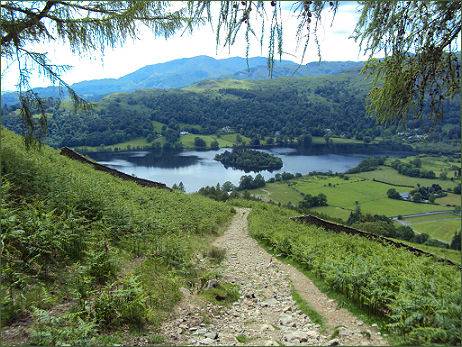 *. Continue along the side of the tarn towards the small dam, passing through a railed gap in the wall ahead. Follow the grassy path through bracken to join the Fairfield Horseshoe path. Turn left and follow the path.

Take the easy path toward Great Rigg to arrive at a cairn, turn sharp left and follow the track along the top of a spur of Great Rigg, heading towards Stone Arthur.

*Return to Alcock Tarn and on meeting Greenhead Gill, follow the course of the gill to join a road, at which point turn left to join the main road at the Swan Hotel.