Rydal Hall, a grade II listed building, was once the home of the le Fleming family, le Fleming Baronets, and dates from the sixteenth century. The title was created on 4 October 1705 for William Fleming, Member of Parliament for Westmorland. Sir Michael le Fleming, the fourth Baronet assumed the surname of le Fleming, an ancient version of the family surname. 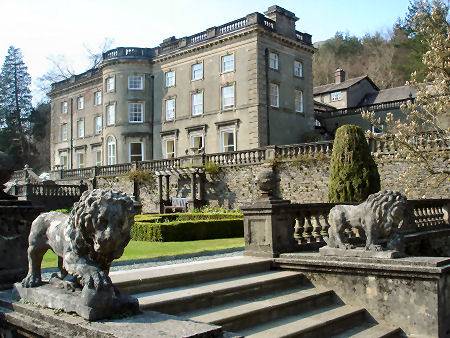 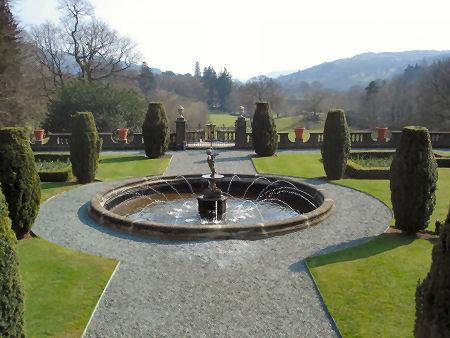 The Fleming family came to live at Rydal in 1576, they remained there until the mid twentieth century. The house has undergone an extensive series of alterations, including the addition of a Victorian wing. Lady le Fleming, who owned the hall, rented nearby Rydal Mount to the poet William Wordsworth from 1813, he remained until his death in 1850. The house became a conference centre in 1963 and is now owned by the Diocese of Carlisle. 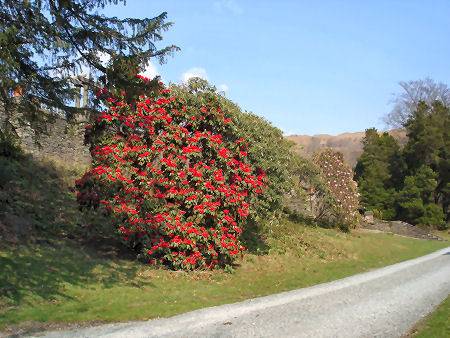 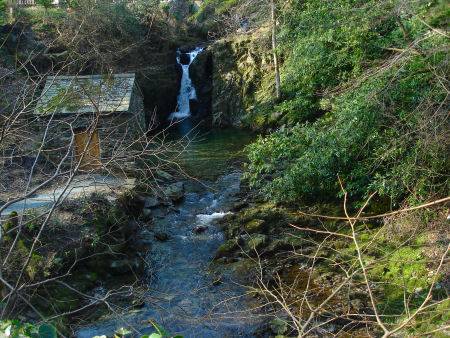 Sir Daniel Fleming (1633-1701) developed the landscape in the mid seventeenth century as an early Picturesque garden incorporating Rydal Beck and its natural waterfalls. The garden was re-designed in 1909 by the renowned garden designer Thomas Mawson (1861-1933). They represent a unique example of Edwardian gardening set in the breath taking landscape. The Italianate terracing includes fine herbaceous borders and lawns set against the imposing architecture of the Hall.

The gardens contain a 500-year-old sweet chestnut tree which measures 36 feet in diameter. There is a sculpture path through the grounds which is free and open every day. The wooded garden contains an impressive waterfall in a rocky ravine, at the base of which stands an old viewing house, dating to 1669. The Grot" at Rydal Falls is described in William Wordsworth's early poem, 'An Evening Walk', composed in 1793. 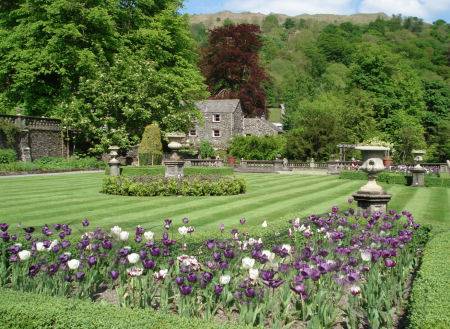 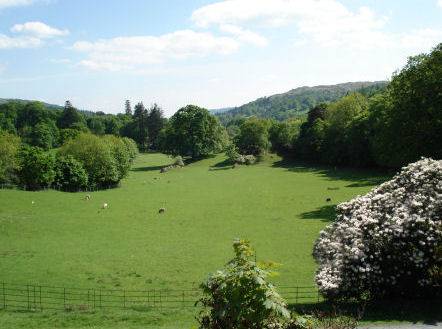