Grasmere village, well worth a visit, is a sedate, tranquil and endearing settlement beside the River Rothay. 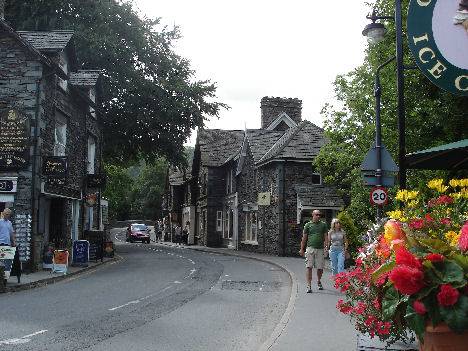 The village boasts many literary connections, Wordsworth spent most of his creative years there and owned a number of houses at Grasmere including Dove Cottage, Allan Bank and the Rectory.

Dove Cottage in the village was William Wordsworth's first home in the lakes, the poet, his wife Mary and sister Dorothy lived there from 1799 to 1808 and it is where he is believed to have written his best poetry.

The River Rothay at Grasmere and the Garden Centre 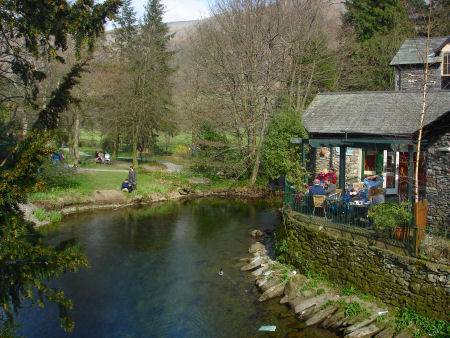 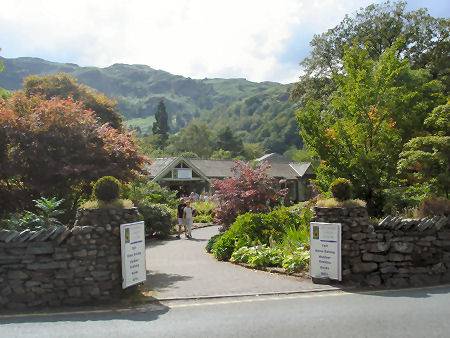 The Theatre and the Grasmere Gingerbread Shop 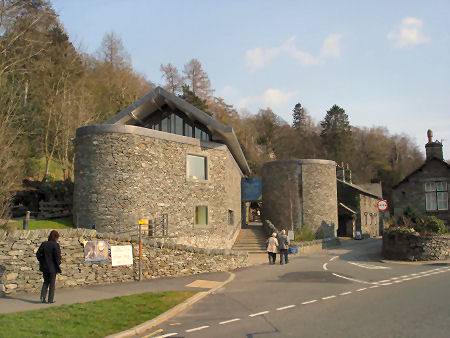 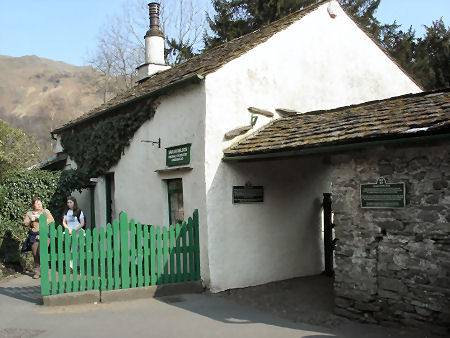 The local delicacy, Grasmere gingerbread, made to a secret recipe, can be purchased at the celebrated Sarah Nelson's Gingerbread Shop. The small picturesque building was once the Lych Gate village school, which was opened in around 1630, where Wordsworth and his wife, Mary and sister, Dorothy, once taught and his son John attended.

The traditional Grasmere Sports, held in August, include a race up to the summit of Butter Crag and displays of Cumberland wrestling, which possibly date back to the Viking trials of strength. Two men face each other and lock their arms around each other's backs. The aim of the contest is to force the opponent to the ground. If both fall, the one on the bottom loses. The contestants wear the traditional costume of the sport, which is vest and long johns, with decorated trunks.

The village church is dedicated to St. Oswald of Northumbria, who was believed to have preached on the site before 642, when he died in battle. The church, which stands on the banks of the River Rothay and at the heart of the village, was mentioned in 'The Prelude'. 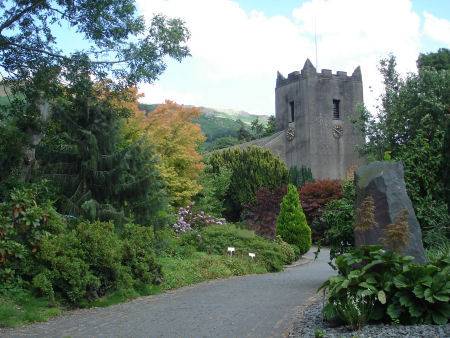 A Grade I listed building, St. Oswald's was begun in the thirteenth century, but occupies the site of an earlier, Saxon church. 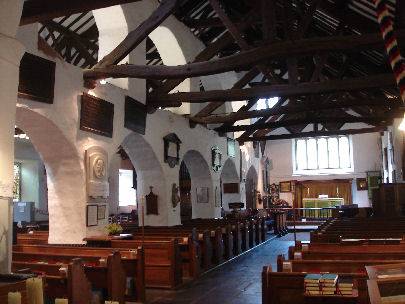 Wordsworth lies buried in the churchyard which the River Rothay flows sedately past. His grave is surrounded by others of his family, including his wife, Mary, sister Dorothy and his children, Dora, John and Thomas.


By the churchyard lies the Wordsworth Memorial Garden, a voluntary community project. As yet unfinished, it will eventually contain swathes of wild dafodills sweeping to the banks of the River Rothay.

Grasmere is a popular spot to base a fell walking holiday, Helvellyn lies to the north. The weather on the fells can change rapidly and can be treacherous, so do check the weather forecast before setting out walking.