The name Rothay derives from the Old Norse 'Rathui' meaning 'the red one', The course of the river encompasses some of the most spectacular scenery the Lake District has to offer and is a superb spot for walks.

The Rothay as it emerges from Rydal Water 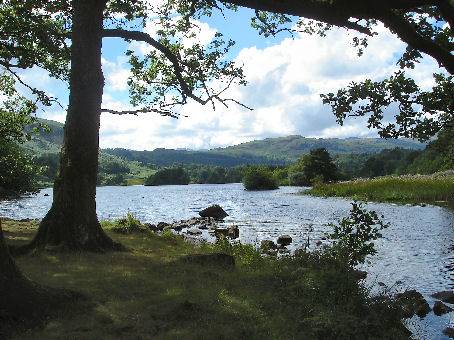 The Rothay rises near to Rough Crag, above Dunmail Raise (OS grid ref. NY306108) near Grasmere and flows through both Grasmere and Rydal Water. At Grasmere village it flows by St. Oswald's Churchyard where Wordsworth lies buried.

Rydal Water, at the point where the Rothay emerges and the river at Clappersgate, where it joins the Brathay 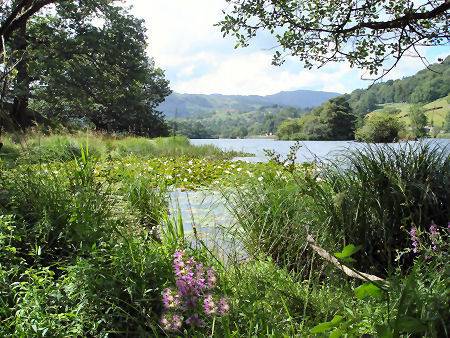 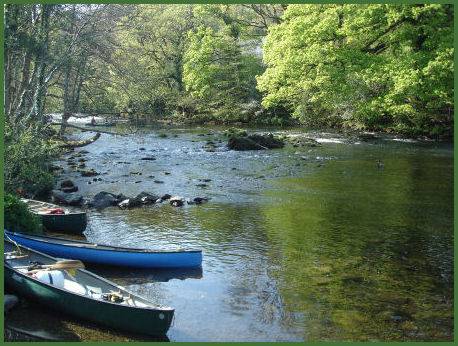 The Rothay continues to flow south until it joins the River Brathay at Clappersgate, near to Ambleside, from where they flow on to pour their combined waters into the northern end of Lake Windermere. Fox Howe on the banks of the Rothay at Under Loughrigg, was once home to the poet Matthew Arnold, who was a great lover of the Lake District.