The busy town of Ambleside is a major Lake District resort and makes a convenient base for a holiday in the South Lakes area. Lying five miles north-west of the town of Windermere, Ambleside has been a settlement since pre-Roman times, although the present town largely grew up in the Victorian era, when the advent of the railways lead to an increase in tourism to the area.

An autumnal view of the River Brathay at Ambleside. Click to enlarge 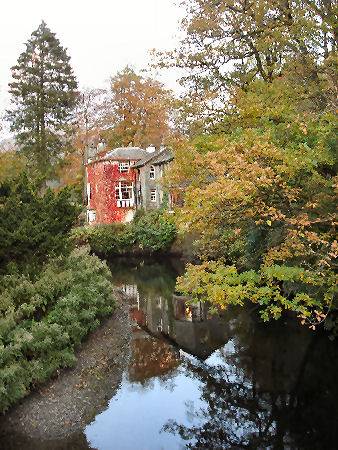 The town hosts a multitude of specialist shops which make a refreshing change from High Street chainstores, with art galleries and many shops selling equipment for walkers and climbers. It also posseses a multitude of other amenities such as swimming baths, a cinema, boat hire facilities, a museum, a very pleasant park with a good children's play area and a host of restaraunts and pubs offering a wide range of food and offers a range of accomodation. 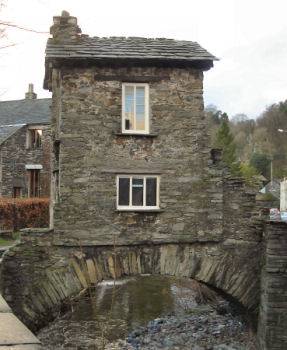 Ambleside's most famous landmark is the Old Bridge House, a unique quaint stone structure consisting of two rooms and an external staircase built on top of an old pack-horse bridge which straddles Stock Beck. It is purported to have been built by the Braithwaite family of Old Ambleside Hall as a summer house. Now owned by the National Trust, at present it serves as shop for the Trust.

The Old Market Cross still marks the town centre. Ambleside has retained many of its original seventeenth century buildings in the historic centre of the town. Stock Ghyll Force, a 70 ' waterfall, once provided the power to operate several fulling and bobbin mills The characterful old mill buildings still survive on either side of Bridge Street. The Old Corn Mill occupies a site where a mill has stood since 1335, and was once the old manorial mill. It was rebuilt in 1680 by the wealthy Braithwaite family of Ambleside Hall. The force itself is a short walk from the centre of Ambleside, behind the Salutation Hotel, it is particularly attractive in the early spring when the surrounding woods are carpeted with dafodills. 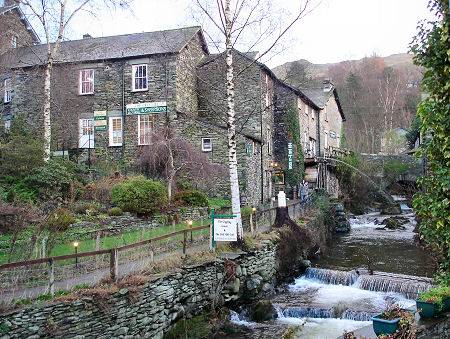 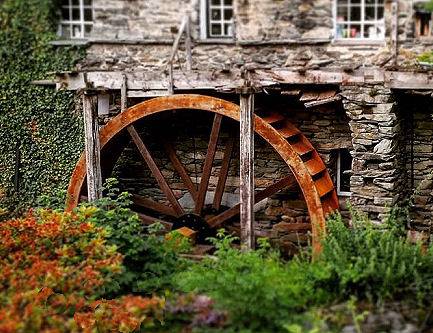 St. Mary's Church at Ambleside, is built of the local Westmorland 'blue' stone with a sandstone spire that soars to 180 feet, highly unusual in the Lake District, it was designed and built by George Gilbert Scott in the early 1850', who also designed the Albert Memorial in London. St. Mary's is constructed of sandstone and contains some beautiful stained glass windows and carved choir stalls. The church has a Wordsworth Chapel, dedicated to the poet. 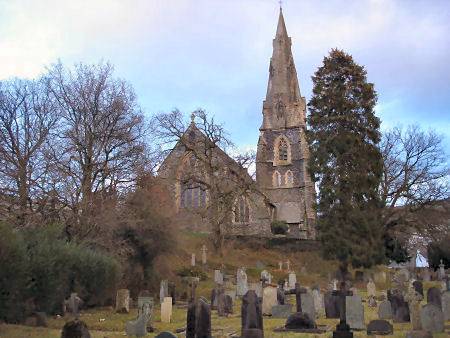 In July St. Mary's holds a rush bearing ceremony, only one of five Cumbrian churches who still perform this ancient ceremony, which starts with a procession through the town, the ceremony dates from medieval times and has its origins in the days when rushes from the lake were strewn on the earthen floor of the church. The ceremony takes place on a Saturday in the first two weeks of July.

Visitors to the Armitt Museum and Library in Ambleside can see a range of interesting exhibits spanning over 2000 years of local Lake District history, from the Romans to Beatrix Potter along with Ruskin, Wordsworth and Kurt Schwitters. The museum has hands on activities for all the family and special rates are available for groups and school parties 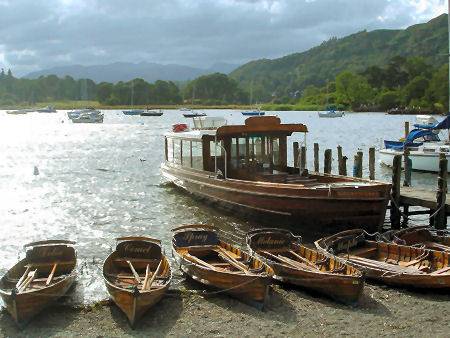 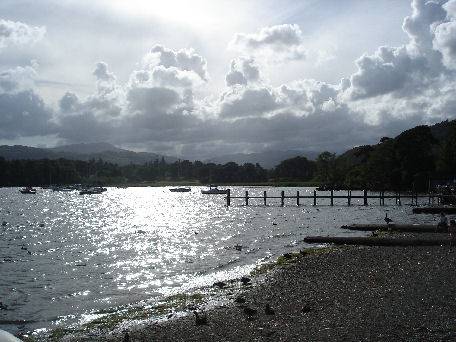 Waterhead is a lakeside addition to the town and is the northern terminus for the steamer service on Windermere. It consists of a group of houses and shops clustered around a promenade where boats can be hired and a variety of cruises on the lake are on offer. There are some excellent and dramatic views from Waterhead of the craggy and imposing profile of the Langdale Pikes across the lake.

Waterhead also contains the remains of Galava Roman Fort dating from 100-120 A.D, built to subdue the native Celtic tribe of the Brigantes. Little now remains but the fort's defences.

Stagshaw Gardens a woodland garden occupying a steep hillside is now owned by the National Trust. The garden has an excellent collection of camellias rhododendrons and azaleas, as well as many other fine trees and shrubs.

There is a National Park Information Centre on the public car park by the lake.