The Augustinian Priory of Lanercost stands in a peaceful and atmospheric position in the lush wooded valley of the River Irthing. 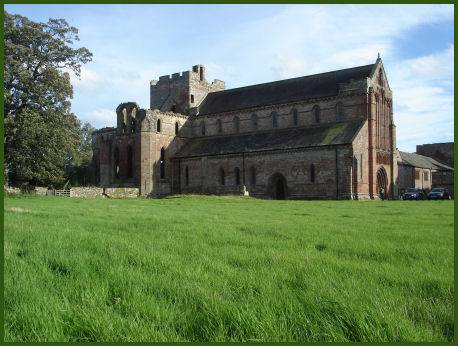 The priory was founded in 1166 by Robert de Vaux, Lord of Glisland in the reign of King Henry II. It was constructed from stone taken mainly from nearby Hadrian's Wall and was completed by 1220. The priory ruins are entered through an archway, which once served as the gatehouse.

During his final campaign against the Scots in 1306-7 the mortally ill King Edward I, rested at the priory for six months, before dying at nearby Burgh-by-Sands as he prepared to cross the river into Scotland to face his adversary Robert the Bruce. The abbey has suffered badly from Scottish raids in the course of its long and turbulent history, being sacked at least four times. 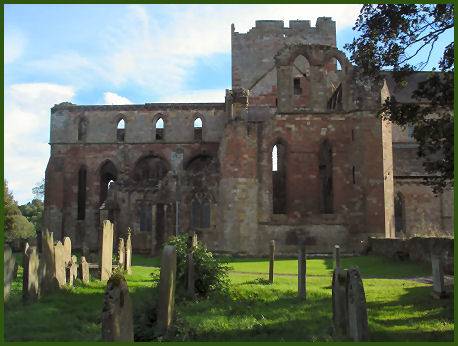 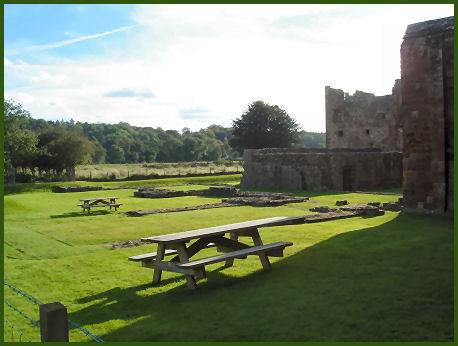 The priory underwent its first raid in 1280, following a visit by King Edward I and his Queen, Eleanor of Castille. A more damaging further attack followed sixteen years later, as a consequence of which, the cloister was burned out. Parts of Lanercost Priory were again destroyed in 1297 by William Wallace. The most devastating raid occured in 1346 when King David II of Scotland, son of Robert the Bruce, ransacked the monastic buildings, desecrated the priory church, and wasted lands belonging to the monastery.

The interior of the Priory Church 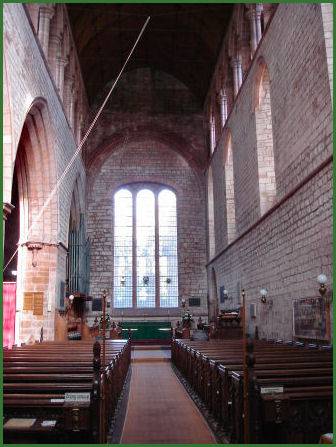 The King granted the buildings and estates to Sir Thomas, Lord Dacre, an illegitimate son of a member of the Dacre family of nearby Naworth Castle. Lord Dacre converted the west range of buildings into a private residence, called Dacre Hall. Lord Dacre, who was killed in action against the Scots at Flodden Field, lies buried at the site. Dacre Hall continued to be occupied by the Dacre family until 1716, while the north aisle of the priory church continued to be used as a parish church for the local community, which is still in use today. 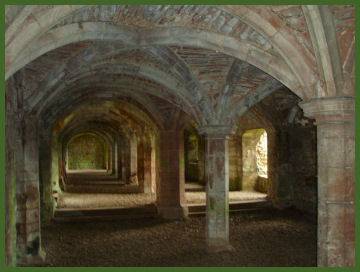 The monastic buildings are situated to the south of the parish church. Particularly notable is the cellarium, used to store the priory's foodstuff. The cellerium now houses a collection of Roman altars and medieval carvings.

Lanercost Priory is now in the care of English Heritage. The priory can be accessed via a minor road south of Lanercost, two miles north east of Brampton.