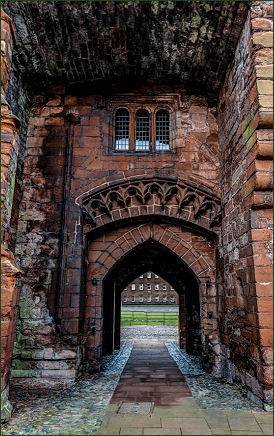 The city of Carlisle was originaly a Roman settlement, known as 'Luguvallum' it was established to serve the forts on Hadrian's Wall. Luguvalium derives from the Latin "the place, or wall (stronghold) of Lugus. Lugus was a local deity. 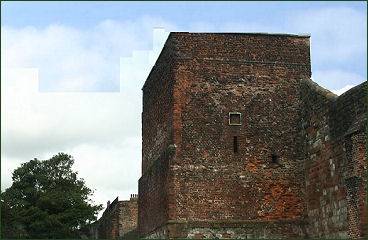 The Romans legionaries built stalwart defensive fortifications against incurrsions by the wild Picts and the Scots. Over the centuries which followed the Roman departure from Britain, the remains of these walls withstood Viking attacks on Carlisle.

During the Norman era, King William II, son of William the Conqueror, issued orders that Carlisle be defended by a strong wall. What remained of the Roman walls were incorporated into the new city defences.

In the medieval era, the city walls of Carlisle were joined with the castle defenses to create a continuous defensive barrier. The walls were built in the eleventh century by William Rufus, the son of William the Conqueror.

The city was besieged during the Civil War, but the walls were in strong enough state to withstand an extended assault. The siege began at the end of February 1645, but did the city did not surrender until 25 June 1645 when the Royalist defenders were finally induced to surrender by starvation.

The city was again besieged during the Jacobite Rebellion of 1745, when a Scottish army, led by Charles Edward Stuart, better known as 'Bonnie Prince Charlie' marched on Carlisle, The Jacobite strategy was to split their army into a two-pronged advance into England which re-met by the walls of Carlisle. The Jacobites took Carlisle in November of that year. In the December of 1745, British forces under the Duke of Cumberland retook the city for the Hanoverians.

A section of the walls, which are known as the West Walls, still survive and include the Sally Port, a defensible doorway designed to be used in the event of a siege. 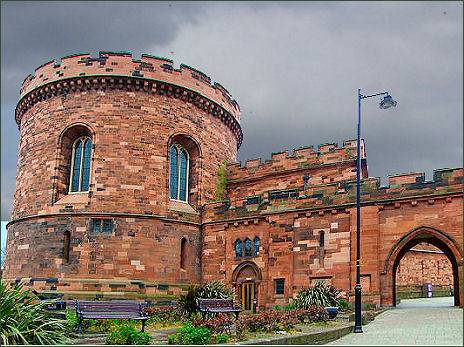 The Citadel, with its round, squat, battlemented towers and walls of local red sandstone was built in the reign of King Henry VIII and designed by Stephan von Haschenperg and consisted of a triangular enclosure with massive round towers situated at the angles.

The two towers, which once formed the southern entrance to the city were deemed necessary due to European discontent at Henry VIII's dissolution of the Monasteries.

Between 1810 and 1811 two new towers were constructed, and the Henrician artillery fort was demolished. The new design was by Thomas Telford but completed by Sir Robert Smirke.

Some sixteenth century stonework remains in the lower levels of the Eastern tower. Until recently the towers housed the city's civil and criminal courts.

Now restored by English Heritage, the building houses the Cumbria County Council and the West Tower, which held the criminal courts, is open to the public.

In front of the building stands a statue of the Earl of Lonsdale, which was erected in 1845. The Earl was responsible for rebuilding the tower.