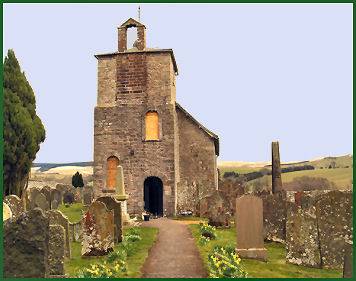 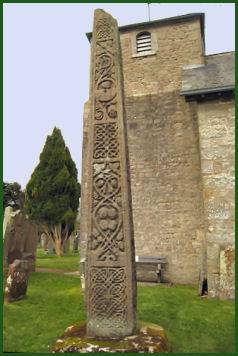 The scattered North Cumbrian village of Bewcastle lies in the border country north of Hadrian's Wall and is steeped in history.

The origins of the village's name has been determined from its spelling in ancient documents, which reveal that it was once referred to as bothy/booth caster, which means "the roman fort where there were bothies or shielings". Although some link the name with semi-mythological character, Bueth, due to his links with the Barony of Gilsland. However it is much more likely that the former explaination is correct.

The church of St. Cuthbert in the village dates from the eighteenth century but occupies the site of a far earlier church which was built in the thirteenth century during the reign of King Edward I. The east end of this church still remains, it was constructed of stone taken from the remains of the nearby Roman fort.

The famous seventh century Bewcastle Cross, which stands in the churchyard, along with the Ruthwell Cross on the Solway coast, is probably one of the finest examples of an Anglo-Saxon cross to survive.

The cross features carved inscriptions in the runic alphabet. It stands at 14.5 feet (4.4 metres high and tapers at the top, the head of the cross is missing. All sides of the cross are intricately decorated with depictions of animals, checquers, vines, and knots. Although their meaning is now lost in the mists of time they are thought to commemorate King Alchfrith of Deira and his wife Cyneburh. The Bewcastle Cross is now in the care of English Heritage. A replica of the cross stands in the churchyard of St. Mary's Church Wreay. 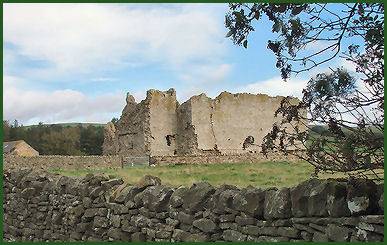 Bewcastle Castle was erected in 1092 on the site of the Roman fort of Banna. It was destroyed in 1173 but was rebuilt in the latter part of the fourteenth century by John de Strivelyn, with a huge keep mainly constructed with stones from the Roman fort, a stone bearing his coat of arms, taken from the entrance to the castle, can now be seen in the barn of Demesne Farm.

The castle had already fell into a state of decay by the fifteenth century. King Edward IV granted it to his brother, Richard, Duke of Gloucester (later to be crowned Richard III) at the time when the latter was serving as his deputy, or Warden of the North. He carried out repairs to the fabric of the building and possibly added the gatehouse.

The castle was occupied by the Musgrave family during the sixteenth century, it was destroyed for a second time by Oliver Cromwell in 1641, after which much of the stone was taken for local buildings.