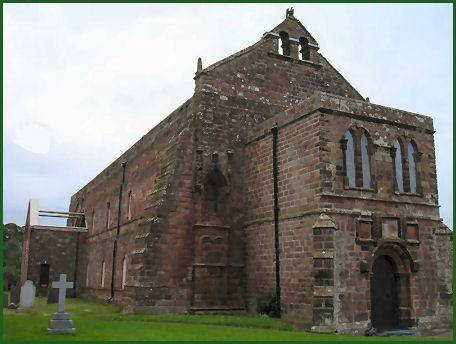 Holme Cultram Abbey dates to 1150 and was founded by Cistercian monks from Melrose Abbey in Scotland. The foundation charter was conferred by Prince Henry, eldest son of King David I of Scotland, who then ruled Cumberland.

Its close location to the Scottish borders made Holme Cultram a target for border raiders in the medieval era. It suffered a raid in 1296 when silver, vestments and manuscripts were taken. The abbey was again sacked by Robert the Bruce in 1319 and a further raid took place in 1332. 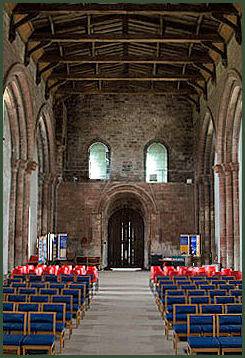 At the Dissolution of the Monasteries in 1538, the building and the 1,600 acres of land belonging to the abbey was forfiet to the crown by King Henry VIII and the monks forced to leave.

Part of the Abbey has survived as the Parish Church of St. Mary at Abbeytown, the rest of the abbey buildings have fallen into a state of disrepair.A visit by Bishop Nicholson in 1703 led to Trustees being appointed to organise the restoration of the building. The nave was reduced in size and the side aisles were removed. Between 1833 and 1973 further renovations took place.

On Friday, 9th June, 2006 the abbey was engulfed in a disastrous fire, believed to be an act of arson by local youths. Despite the efforts of fire crews to control the blaze, it caused the collapse of the roof, the abbey's irreplaceable medieval records and the church silver were lost.

Most of the stained glass windows were saved and the magnificent east window, donated by the writer Sir Walter Scott, was largely undamaged. The damage to the interior of the building is extensive and has been estimated as costing around £2 million to repair.


Abbeys and Churches of Cumbria