Poltross Burn Milecastle, or Milecastle 48, is located to the south west of the village of Gilsland and is one of the best preserved mile castles on the entire length of Hadrian's Wall.

Built at every Roman mile along the wall, milecastles enabled strict control of people crossing from one side of the wall to the other. 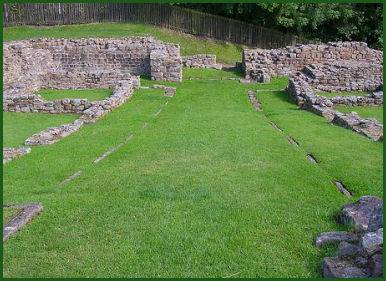 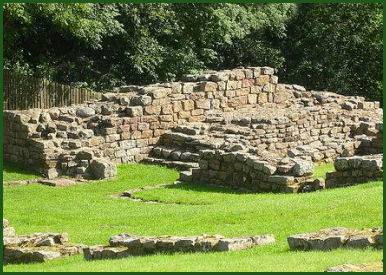 The milecastle, now in the care of English Heritage, is situated between a tributary stream of the River Irthing and the Tyne Valley Railway line and is larger than most others along the wall, (measuring 18.5m east to west by 21.3m north to south) which perhaps reflects the strategic importance of the Willowford Bridge river crossing which is located around half a mile to the west.

Otherwise known as 'The King's Stables', the milecastle stands on a steep slope and has a playing card shape with the fortlet's rounded corners. Remains of north and south gates, enclosing walls, a pair of small barrack blocks and the foundations of the accommodation buildings in its inner yard are all clearly discernable, as are a Roman oven and the bottom steps of the ancient stair to the rampart walk.

The steps in the north east corner of Poltross Burn Milecastle provides a vital clue to estimating the original height of Hadrian's Wall, as it has been calculated that if these were projected upwards they would reach a height of fifteen feet.

Poltross Burn is connected to well-preserved sections of the wall, which continue several miles to the west.