The bleak and dramatic, boulder strewn Honister Pass leads through to Seatoller in Borrowdale from Buttermere. The climb is spectacular though the road is unsuitable for caravans. 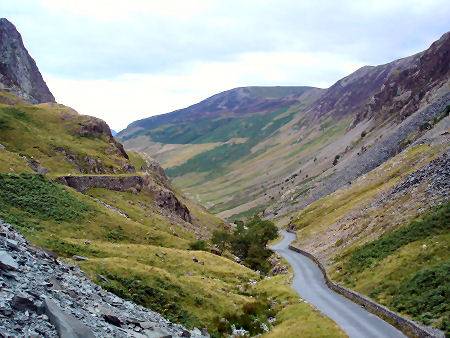 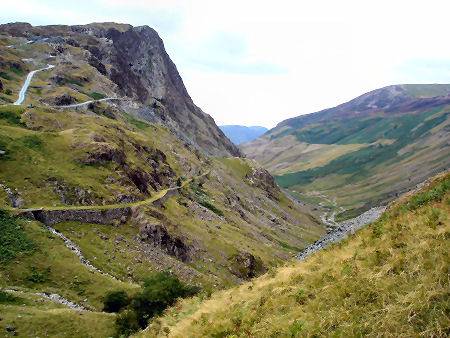 The route is very winding, with gradients of 1 in 4 as it ascends to the summit. At its peak the pass is an upland wilderness, with barren, boulder strewn slopes. The road through the pass is the B5289, which runs through Borrowdale. It is undoubtedly one of the most dramatic roads in the Lake District. 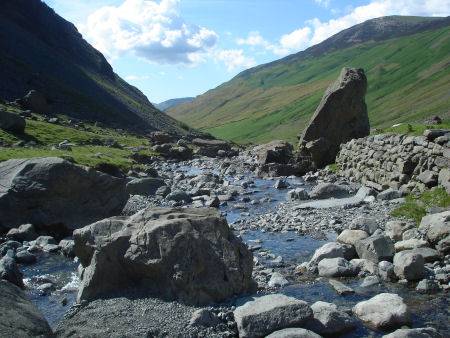 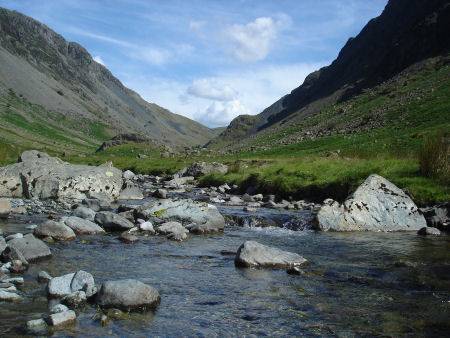 The Honister slate mine at the summit of the pass offers four different fully guided tours of the mines, though a labyrinth of caverns under Fleetwith Pike (2,126') The mines were started by the monks of Furness some 500 years ago and are now opened after being closed down for a decade.

Both Buttermere green slate and a variety of souvenirs made from it, are offered for sale. The slate mine has been awarded the Royal Rock award, voting it the best underground experience in Europe. Yew tree country pub and restaurant serves home cooked fayre.