The clasic hanging valley of Watendlath lies to the south east of Derwentwater. 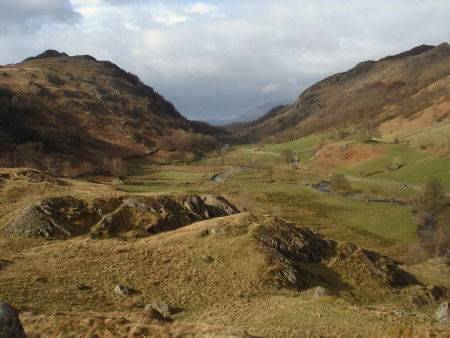 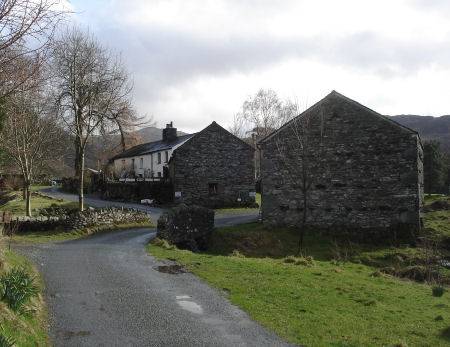 This small side valley remained much higher than its larger neighbour, Borrowdale, after the latter was deepened by the action of glaciers during the last Ice Age. Consequently, Watendlath Beck drops steeply as it reaches the end of the valley on the shores of Derwentwater, resulting in the spectacular Lodore Falls.

The small and secluded hamlet of Watendlath is reached along a narrow road through the valley, it consists of a scattering of old farm houses owned by the National Trust to preserve the character of the area. The quaint hamlet is a popular spot from which to base walks in the adjoining fells and has a National Trust tea room selling refreshments. 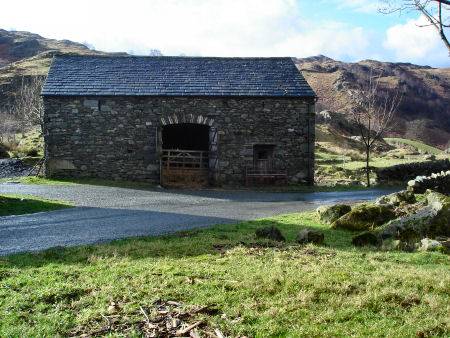 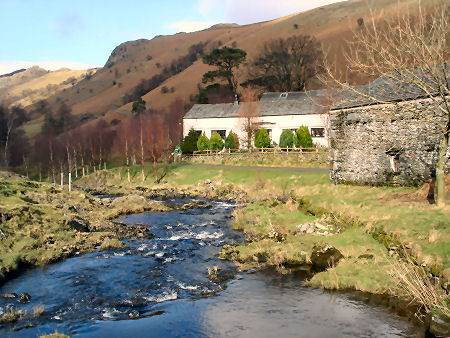 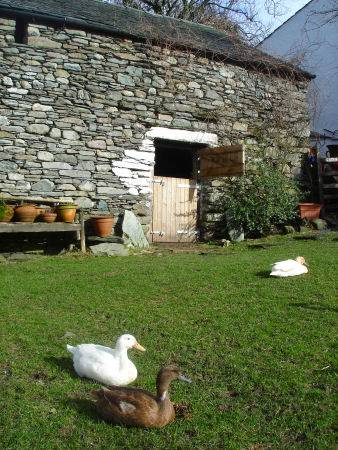 Once owned by Furness Abbey, Watendlath was described as 'an exceedingly remote little valley lying among the higher hills above Borrowdale' by Sir Hugh Walpole (1884 - 1941) in his novel 'Judith Paris', one of his 'Rogue Herries' series, which were based in the Borrowdale area. It also featured in Edmund Cassons poem The Wise Kings of Borrowdale.

The hamlet, which stands at 847 feet above sea level, has a highly picturesque stone packhorse bridge which crosses Watendlath Beck, the whitewashed houses have porches often filled with logs for winter fires. The name Watendlath derives from the Old Norse 'vatn-endi-hlaoa', meaning water-end barn. 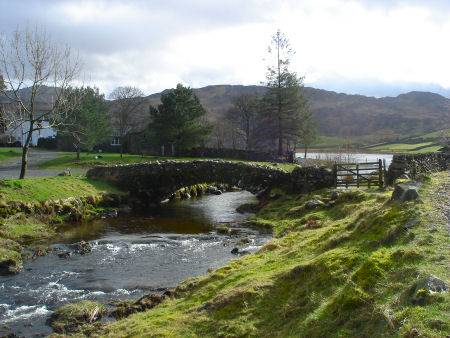 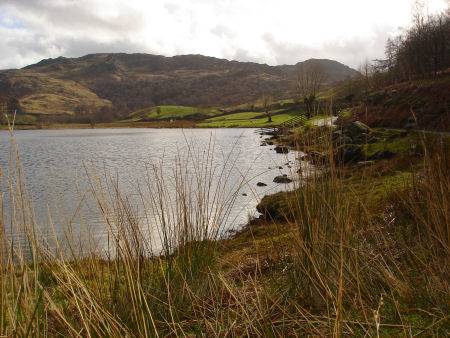 Watendlath Tarn lies beside the hamlet. The tarn is fed by Blea Tarn Gill. Grange Fell, which stands between the Watendlath Valley and Borrowdale was given to the National Trust by Queen Victoria's daughter, Princess Louise in memory of her brother, King Edward VII. 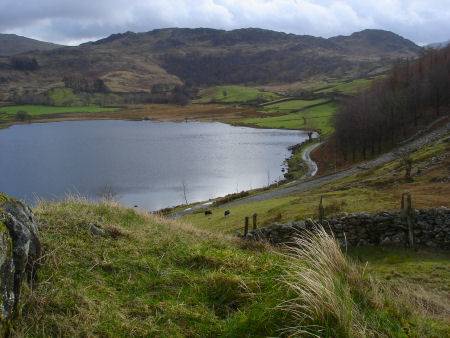 *Commencing at Ashness Bridge (OS grid ref:-NY 2719), which has spectacular views over Derwentwater, proceed up the road, passing Ashness Farm on your left.

*Continue along the road until reaching Surprise View on the right, which offers further stunning views over Derwentwater, Skiddaw and Keswick. On clear days Bassenthwaite Lakke is visible in the distance.

* Continue along the track and after around 400 yards fork to the right along a wide track, follow this path until reaching a kissinggate. Pass throught he gate and turn right crossing over a footbridge, after which turn left, following the path by Watendlath Beck.

This path continues, after passing through woodland and later across meadows, into the hamlet of Watendlath and Watendlath Tarn.

*Retrace your steps to return to Ashness Bridge.