Dodd Wood, which overlooks Bassenthwaite Lake offers the visitor a network of walking trails, with stunning views and provides access to the paths of the Skiddaw range. Spectacular views are to be had from Dodd Summit. 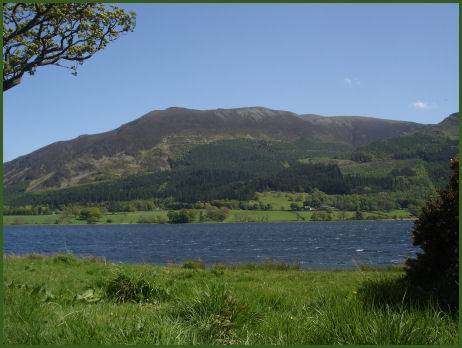 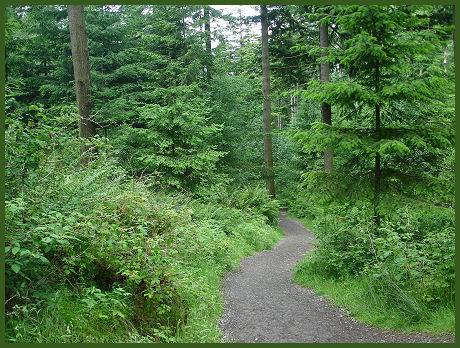 Situated near to the car park are the remains of an old saw mill, now a refreshment room. The forest is a mixture of conifers and native broadleaved trees, the rock is Skiddaw slate. Dodd itself is a spur from Skiddaw, the view from the summit is superb offering views over the central Lakeland fells and on a clear day, the Scottish hills are visible.

The Osprey viewpoint at Dodd Wood is a short walk from the car park opposite Mirehouse. The nests lie across the lake and telescopes and binoculars are available to view them. The one pair of ospreys currently nesting at Bassenthwaite Lake is one of of only two pairs nesting in England and first nested at the site in 2001, becoming the first wild ospreys to breed succesfully in the Lake District for over 150 years.

The osprey viewpoint at Dodd Wood 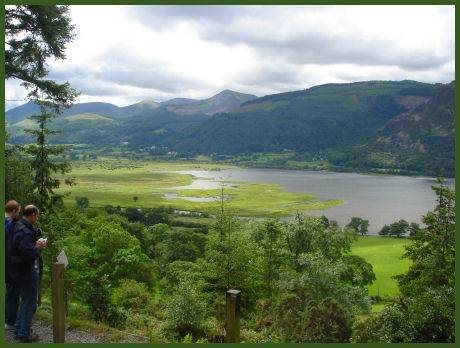 Ospreys are the fourth rarest bird of prey in the United Kingdom, although at one time they were probably widespread in Britain, a drastic reduction in numbers occured in the nineteenth century, due to egg collectors and shooting. By 1916, the last British osprey had left Scotland. The return of ospreys as breeding birds in Britain is one of the most famous conservation success stories in the UK. A single pair which bred at Loch Garten in 1954 has now increased to 130 pairs in Scotland.

The birds recieved encouragment to stay at Bassenthwaite with the help of a purpose built nest provided by the Forestry Commission and the Lake District National Park Authority, the RSPB provided support for the scheme. Ospreys have summered in the area since the mid 1990's, on returning in 2001 they immediately added sticks to the nest. When the eggs were laid, wardens kept a close watch to prevent any disturbance and deter egg thieves. Ospreys usually lay three eggs, which hatch in about six weeks. The young stay in the nest for six or seven weeks. In late summer, the adult female will migrate south, leaving the male to tend to the young and teach them how to fish.

The osprey viewpoint is staffed between 10a.m - 5p.m.


Rare red squirrels inhabit the wood, and can be seen at the feeding station located at the osprey viewpoint. Once common, the red squirrel has experienced a rapid decline in numbers since the introduction of its larger American cousin, the grey squirrel. A variety of woodland birds, such as great spotted woodpecker, siskins, pied flycatcher, redstart and coal, blue and great tits cann also be observed.

A Forest Walk at Bassenthwaite Lake 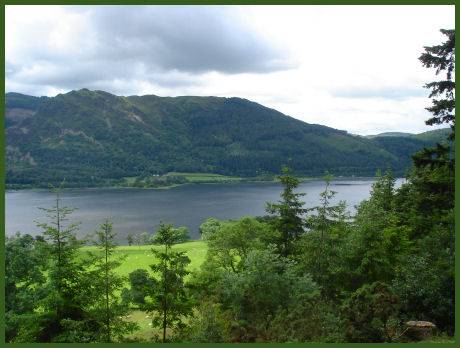 This walk commences at the Mirehouse car park (NY 235282) and involves a steep climb, but offers some panoramic views.

Cross the footbridge by the sawmill, climbing the steps, follow the path until it joins a forest road. Turn right along the road. continue on the road which eventually becomes a track. An optional detour, taking a signposted path which leads off to the right, leads to the summit of the Dodd.

Continue along the forest track, at the point where it is joined by a road from the left, turn right. Turn right when track bends very sharply to the left. At the ravine of Skill Beck turn left, descending to the footpath which flanks the beck. There follows a steep descent back to the car park or an easier route to the left.