Bassenthwaite Lake, dominated by the looming bulk of Skiddaw and northernmost of the lakes, is four miles long and is the fourth largest area of water in the Lake District National Park. Motorised boats are prohibited although yachts are allowed, which add to its captivating ambience of peace and tranquility. An extremely rare fish, the vendace, can be found at Bassenthwaite, the only other place this species is to be found is at Derwentwater. 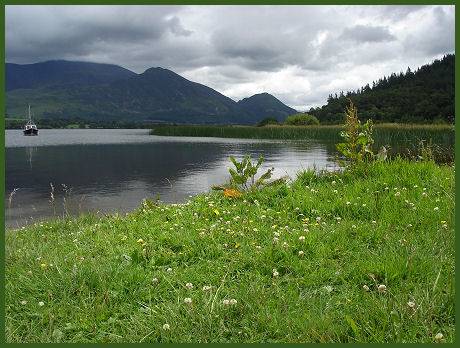 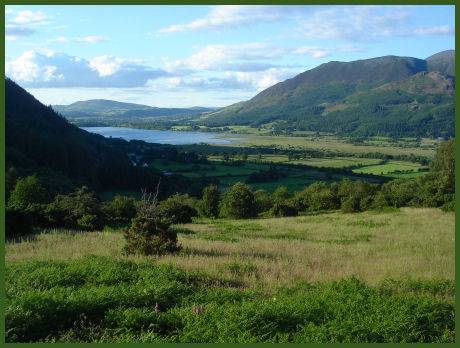 The lake is owned by the Lake District National Park Authority, and is a National Nature Reserve. The lake is one of the best places for birdwatching in the Lake District, more than seventy different species of birds breed on or around the lake, including great crested grebe, common sandpiper, reed warbler and of course the ospreys. Derwentwater and Bassenthwaite Lake were once one large lake, but were split by silt from the fells during the tumultuous storms which followed the Ice Ages. There is a public footpath along the length of the west shore. Bassenthwaite is said to be the setting described by the poet Tennyson in his 'Idylls of the King'. There is no access to the east shore accept at Mirehouse.

Spectacular views of Bassenthwaite Lake may be had from Skiddaw. The lake has now been appointed a National Nature Reserve and hosts a wide variety of wildlife as well as being home to England's only breeding ospreys. Nearby Dodd Wood, which looks down onto the lake, is the haunt of roe deer and red squirrels, near to the car park are the remains of an old saw mill, now a refreshment room and a short walk leads up to the Dodd Wood osprey viewpoint where telescopes are provided to view the nesting birds. The forest is a mixture of conifers and native broadleaved trees, the rock is Skiddaw slate. Dodd itself is a spur from Skiddaw, the view from the summit is superb offering views over the central Lakeland fells and on a clear day, the Scottish hills are visible. 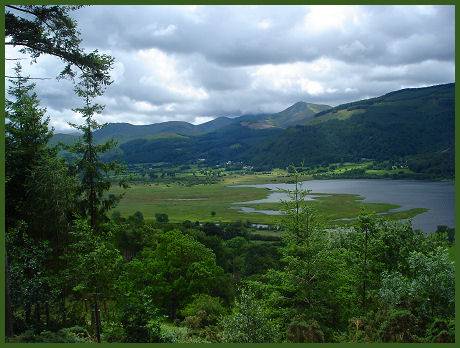 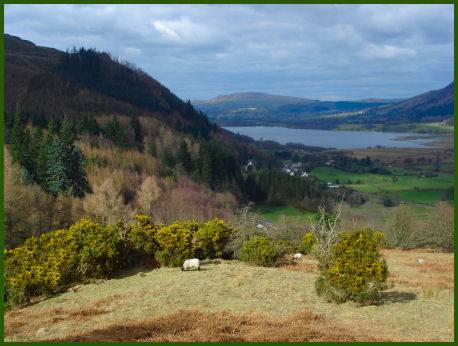 Bassenthwaite village stands near to the north-east corner of Bassenthwaite Lake. It has a pleasant village green around which the houses are grouped. The church which serves it is somewhat detached from the village, lying isolated near to the lake shore, about three miles to the south. The church is dedicated to Saints Bridget and Bega and was founded in the twelfth century, although it was restored in the nineteenth century, it still has its Norman chancel arch and some of its early English features.

Nearby Thornthwaite is a scattered community on the south west edge of Bassenthwaite. The Thornthwaite Galleries hold art exhibitions of paintings and sculpture and there are pleasant forest footpaths at Thornthwaite Forest on the west side of Bassenthwaite Lake. There is access to the lake shore from the village at the Peter Howe car park.


A Forest Walk at Bassenthwaite Lake

This walk commences at the Mirehouse car park (NY 235282) and involves a steep climb, but offers some panoramic views.

Cross the footbridge by the sawmill, climbing the steps, follow the path until it joins a forest road. Turn right along the road. continue on the road which eventually becomes a track. An optional detour, taking a signposted path which leads off to the right, leads to the summit of the Dodd.

Continue along the forest track, at the point where it is joined by a road from the left, turn right. Turn right when track bends very sharply to the left. At the ravine of Skill Beck turn left, descending to the footpath which flanks the beck. There follows a steep descent back to the car park or an easier route to the left.