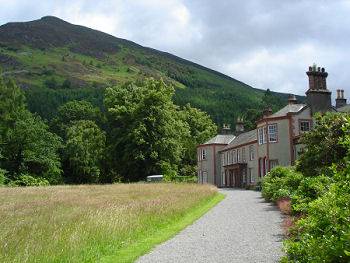 Seventeenth century Mirehouse was the home of James Spedding, biographer of Francis Bacon. Mirehouse is a seventeenth -century house which stands at the foot of Dodd, overlooking Bassenthwaite Lake. 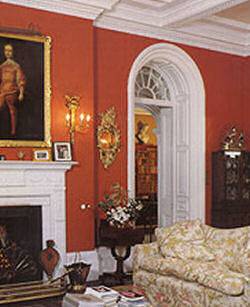 Although it is still a family home, the house and grounds are open to the public. Mirehouse boasts a small open air theatre, which was constructed in 1974 for the reading of 'Morte d' Arthur' to the Tennyson Society. It is thought that the poet laureate Alfred Lord Tennyson (1809 - 1892) wrote much of the famous poem at Mirehouse, where he often stayed.

Charles Stanley, Earl of Derby, built the present house in 1666, in 1688 it was purchased by his agent Roger Gregg. Since then it has passed by inheritance and has been altered by succeeding generations until it came into the possesion of the Spedding family when John Spedding of Armathwaite Hall acquired the property in 1802.

Mirehouse has undergone enlargements carried out by the Spedding family. The south side of the house was demolished in 1832 and new rooms were added, designed by the London architect, Joseph Cantwell. The large west rooms date from 1851. 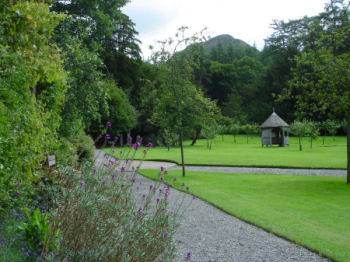 The house contains portraits of statesman, scientist and author Francis Bacon and Alfred, Lord Tennyson, in addition to an interesting collection of furniture. The live piano music helps to create a relaxed atmosphere for visitors.

Mirehouse contains a very unusual display of manuscripts. These include James Spedding's collection of Francis Bacon's works as well as letters from William Wordsworth, Alfred Lord Tennyson, Southey, Thomas Carlyle and the landscape artist John Constable, all of whom were friends of the family.

The ground floor and grounds were opened to the public in the 1981. Mirehouse recently won the Small Visitor Attraction of the Year 2006 in the Cumbria for Excellence Awards.  The judges commented they were impressed with the warm, friendly and engaging welcome to be found there. 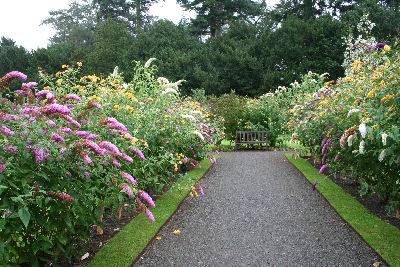 The highly attractive gardens contain an a large collection of colourful rhododendrons and azaleas. The lawns, terrace and Victorian colonnade are formal in design. The lowest terrace, known as the Canada Terrace, contains the lovely and extremely rare asarabacca plant (Asarum europeum) which is used in the production of snuff.

Amongst other attractions, Mirehouse contains a Bee Garden, established in the mid 1990s when bee hives were set up in a sheltered corner. It also boasts a wildflower meadow, containing forty three species, an orchard of traditional Cumbrian fruit trees and a heather maze.

The woods have no less than four adventure playgrounds. There is a forest castle, a steeple chase, swings for the young ones, rope ladders and a zip wire for the more adventurous.