There are several stone circles in the Lake District, but the mysterious and atmospheric neolithic henge of Castlerigg is the most famous, positioned on a hill near Keswick and standing dramatically in the looming shadow of Skiddaw. The circle is well sign posted from the town. 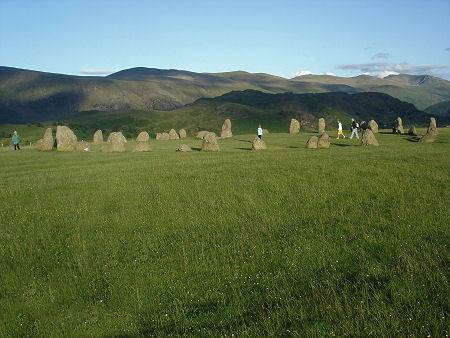 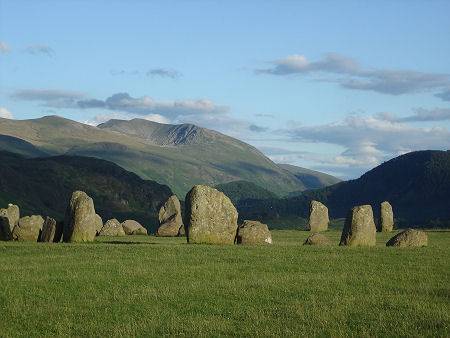 Castlerigg Stone Circle is a virtually complete circle of thirty-eight unworked stones, of varying shapes and sizes, (there were originally 41 and some stand over 1.5 metres in height) with another ten forming a rectangular enclosure or cove within the eastern end of the circle. The impressive henge is estimated to be around five thousand years old.

The circle's purpose is not known with certainty, it has been alternately suggested that it could be an astronomical clock, following the movements of the sun and stars, a place of worship, or a calendar. Many of the circle's stones seem to reflect features in its surrounding hills, suggestive of a link between the circle and the landscape beyond it. 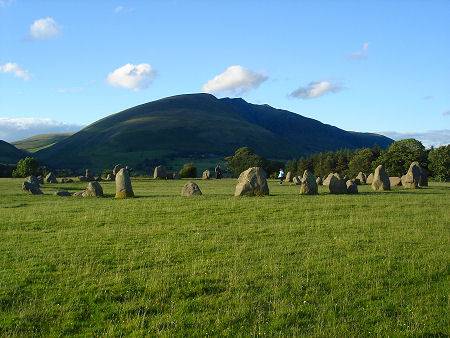 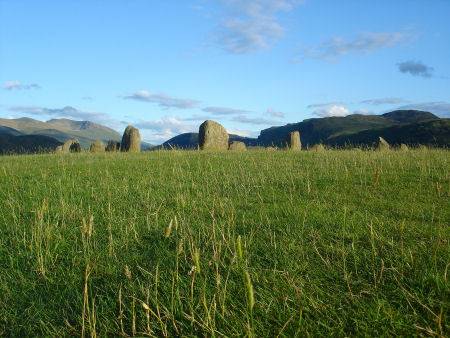 A stone axe head was discovered at Castlerigg in 1875 but excavations which followed in 1882 provided no valuable archaeological finds, although quantities of charcoal were unearthed. The poet John Keats was an early and seemingly unimpressed tourist to the spot, describing it as ' A dismal cirque of Druid stone upon a forlorn moor.'

Twilight descends over the circle 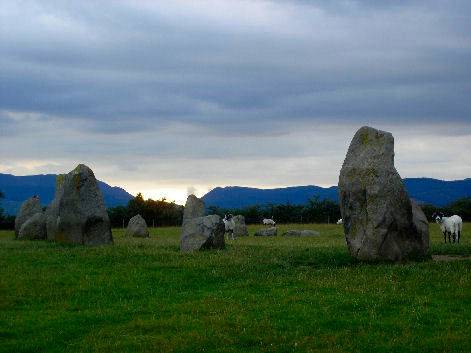 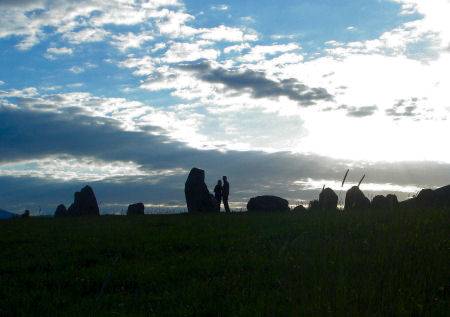