The distinctive triangular mound of Skiddaw dominates the Keswick skyline. Skiddaw is the fourth highest mountain in the Lake District at 3,054 feet (921m) 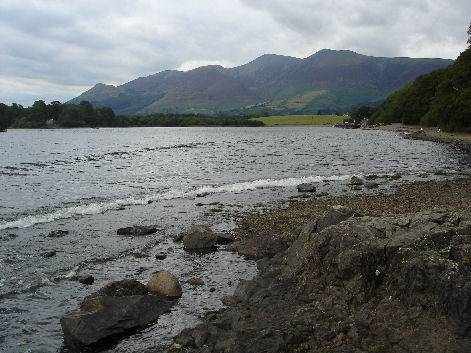 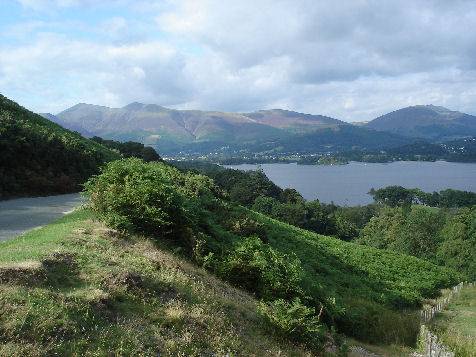 There is a tourist track to the summit from a car park to the north east of Keswick. Skiddaw is the only mountain in the Lake District to possess good tracks to the summit which do not involve scrambling. The views from the summit are spectacular. 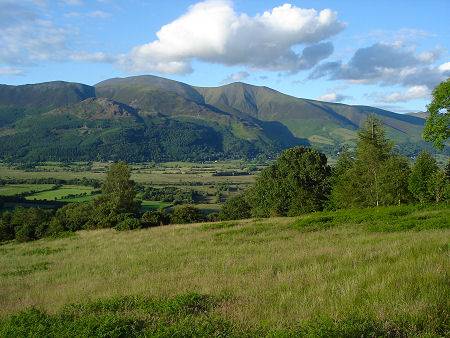 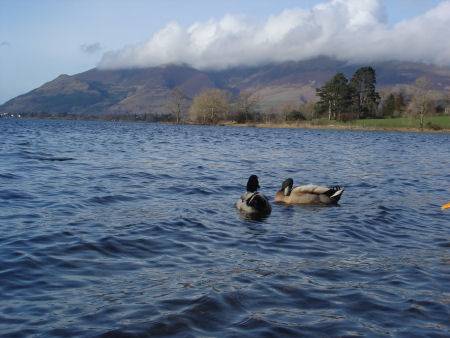 Skiddaw is the oldest mountain range in Lakeland, being formed long before the volcanoes of the central Lake District came into existence. It is also one of the oldest rock formations in Europe.


Route to the summit of Skiddaw

Beginning at Keswick, (An alternative route is to drive by Applethwaite and Underscar, taking the Gale Road to the north side of Latrigg) Follow the Latrigg Walk route, passing the Latrigg Summit to join a track that lies ahead. The path to Skiddaw lies opposite. The route is relentless for about 1,000 feet, when the ascent becomes gentler.

Keep straight ahead, until an old fence is seen at which point the path to the summit plateau comes into view. The first summit reached is the southernmost, which provides superb views of Derwentwater and Borrowdale, to the east lies Blencathra, to the southeast the Helvellyn range can be seen, south lies Bowfell, Great Gable and the mighty Scafell, southwest lies Pillar.

Mountains of the Lake District