The peaceful Lakeland hamlet of Stonethwaite lies in the ruggedly beautiful setting of the Borrowdale Valley and is situated on the Coast to Coast route. The hamlet contains an inn, the Langstrath Inn, dating from 1590, it was once a miner's cottage.The inn provides meals and has a cosy bar for walkers. 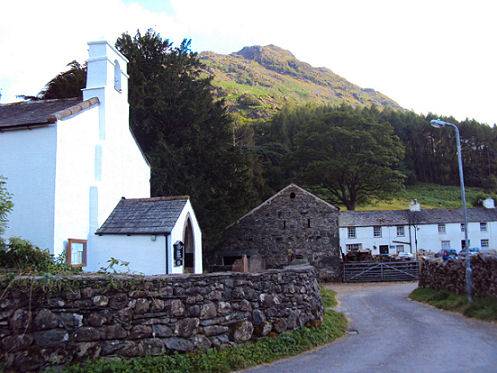 Stonethwaite was the subject of a land ownership dispute between Furness Abbey and Fountains Abbey in the thirteenth century, both foundations held mining and farming enterprises in the area. The then monarch, King Edward I, promptly claimed it as his own, thereby making a hefty profit by then selling it to Fountains Abbey for the sum of 40 shillings.

St. Andrew's Church at Stonethwaite, below the Borrowdale Fells is a simple white rough-cast building of typical Lakeland style, with a single bell, and a roof of local slate. The Church dates back to 1687, but has since been restored and extended. Christian settlements are known to have existed in Borrowdale since the thirteenth century, when the monks of Furness Abbey and Fountains Abbey developed farming and mining interests in the area. 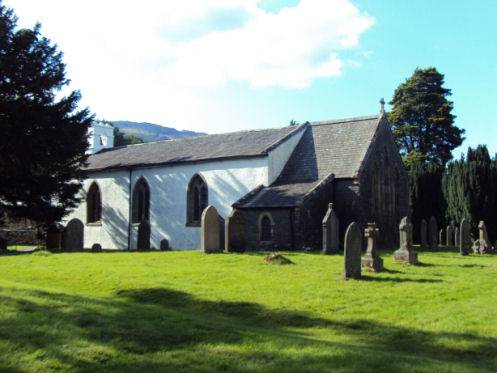 The Church contains a pulpit which was brought from the drowned Mardale Church in 1937, when the Haweswater Reservoir was built. The small three panel East window shows St Matthew, St Luke, and St Paul, Christ the Good Shepherd, and St Peter, St Mark and St John. 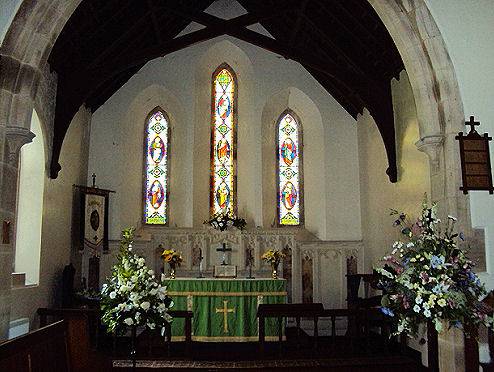 The Churchyard contains the gravestones of some colourful local characters, including Sarah Youdale, 'the Queen of Borrowdale' who reputedly lived until she was a hundred years old, and apparently never left the valley. Another belongs to Bob Graham, the famous marathon fell runner.