Dramatic Moss Force is situated in the bleak and beautiful Newlands Pass which connects the Newlands Valley to Buttermere. 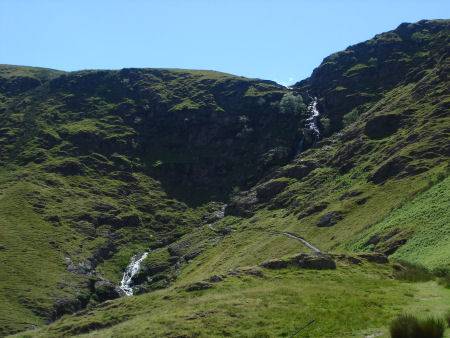 The Newlands Pass climbs up between Robinson and Knott Rigg, reaching a height of 333 metres before descending down to Buttermere Village. The spectacular force is formed of 3 distinct sections, at its upper reaches the falling water splits around a projection of rock before continuing to further cascades all the way down the ravine. 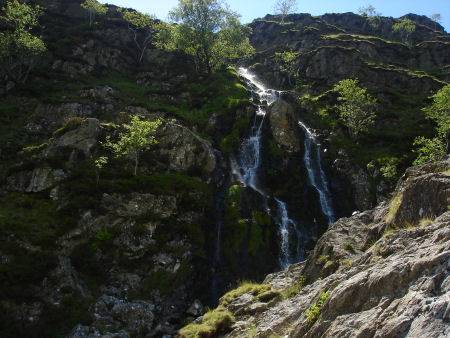 The force can be accessed via the path which leads off the roadside car park, which runs almost to the head of the falls. Spectacular views of the Newlands Pass may be had from the upper reaches of the path.