The highly attractive village of Grange-in-Borrowdale stands in a magnificent landscape at the foot of scenic Borrowdale and is backed by the soaring splendour of craggy peaks. 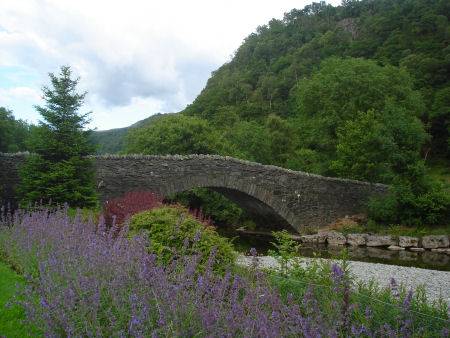 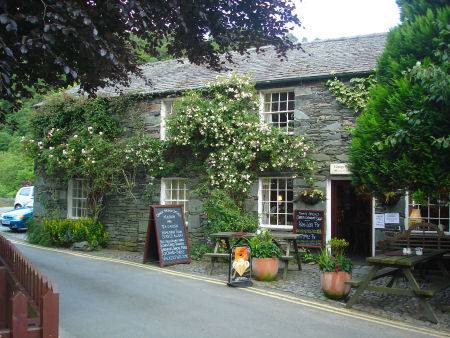 The bridge is overlooked by a small Methodist chapel constructed of the local blue slate, which was built at the end of the nineteenth century. Grange is grouped around an open space which forms its centre and provides bed and breakfast accommodation and tea gardens.

The River Derwent at Grange-in-Borrowdale 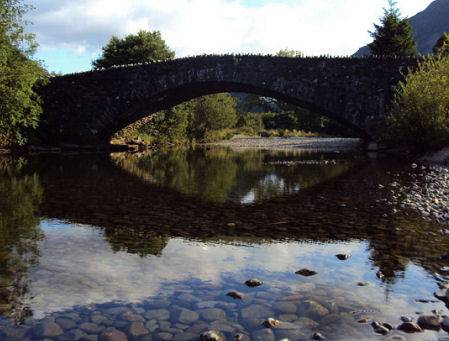 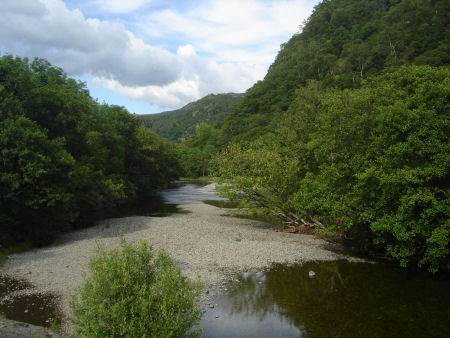 The author Hugh Walpole, writer of the Herries Chronicles, lived nearby at Brackenburn House from 1923 to 1941. Some of his manuscripts are housed at the Keswick Museum.

The village has an interesting history, it once belonged to Furness Abbey, when it was a grange or granary, from which it acquires its name. Before the road was built through Borrowdale in the eighteenth century, Grange and the other scattered and remote villages of Borrowdale could be reached only on foot or on horseback through a difficult terrain. the famous Bowder Stone lies around three quarters of a mile from the village.

Holy Trinity church dates from 1861.The money to build the church was raised by a local woman, Margaret Heathcote. Standing at the edge of the village, on the Grange and Braithwaite road, blue slate slabs set on end form a fence around it. 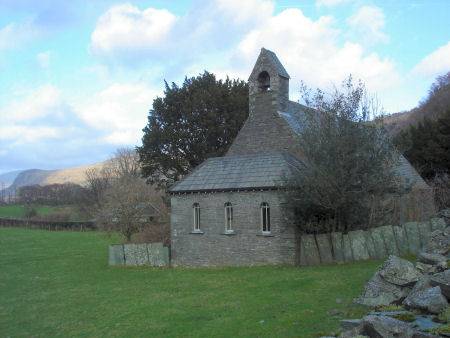 The church has a photograph of its benefactor, Miss Heathcote, in the porch The two panels in the Church sanctuary which relate the ten commandments were painted by her. The most striking feature of the building is the barrel shaped ceiling with its dogtooth patterned beams. 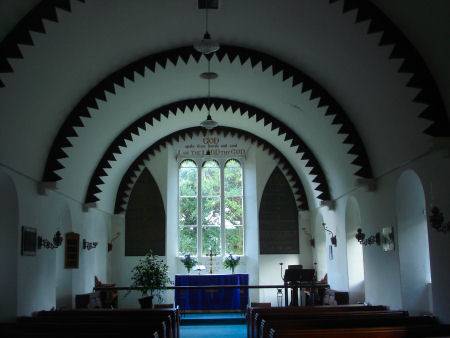 A walk to Castle Crag from Grange-in-Borrowdale

*Commencing at the front of the Grange Bridge Cottage tearooms at Grange-in-Borrowdale take the narrow road on your right, signposted Rosthwaite. Where the road swings right to Hollows Farm continue ahead along the walled track to reach the side of the River Derwent. Cross 2 footbridges over feeder streams bear right following directions for Seatoller and Honister and climb the rough, ascending track.

*Well before the brow of the hill, you reach a mound of quarry waste below Castle Crag, just beyond watch out for a large cairn, on the left, which marks your route to the memorial, which starts as a grassy path. Continue along the path to a stile. Beyond bear right to just before a ladderstile. Do not cross but bear left to continue ascending the mound of quarry waste. Pass the derelict quarryman's huts and continue along the narrow, well trodden path to reach a plaque attached to a large boulder.

*Descend to the second ladderstile on your left, which was ignored on the upward route. Cross and follow the path, with a fence to your left, through outcrops, to return to the track again. Just beyond the corner of the last fence, drop left, over a slope to a gate and follow the grassy track downhill to reach a stile. Proceed to the bottom right corner to a gate. After passing through, turn left to take the immediate gate on your left.

* Cross the field to enter woodlandand follow the path away from the river and through quarry waste. At the point where the track climbs steadily and before it swings sharp right, take the narrow track to the left. Pass through an old quarry and wind left, passing caves to return to the main path, turn left, go through a wall gap and follow a slated path right. Continue to join the track taken on the outward route to return to Grange-in-Borrowdale.