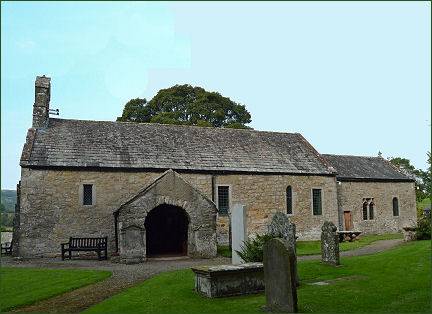 The village of Isel lies in the beautiful valley of the River Derwent around two miles from Bassenthwaite Lake.

The village is mentioned in the English folk song "Horn of the Hunter." It is a mainly agricultural community, with a church and several farms that specialize in a number of different products, ranging from dairy to poultry. 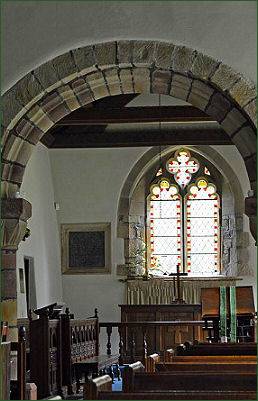 The sandstone village church of St Michael and All Angels was constructed in 1130, It has Norman windows on both sides of the nave and chancel and the chancel arch is Norman. The west window dates from 1878. The south doorway also dates from the Norman era, with an arch of two orders decorated with zigzags. A belfry now occupies the place of a former tower.

Incorporated into the porch are fragments of medieval carved stones. The font, with its octagonal bowl, dates from the medieval period. The Royal arms of George I dated 1721, are also displayed in the church as are two fragments of an Anglo-Danish cross-shaft dating from the tenth or eleventh century, another carved stone fragment bearing a triskele (early Christian symbol with three arms) was stolen in 1986. There is now just a photograph of it. A slate monument dated 1632 commemorates Sir Wilfred Lawson, who was twice MP for Cumberland. The inscription is a verse written by Sir Walter Raleigh on the night before he was executed.

Isel Hall stands near the village church, on a steep slope above the winding River Derwent, it boasts a fifteenth century pele tower.

The tower was probably built about 1400 on the site of a much older structure which may have been destroyed when marauding Scots raided Cockermouth in 1387. The top floor has windows dating from the Tudor period, an original fireplace has survived on the first floor. The Lawson Crest, the sun supported by the arms of the law, is proudly displayed outside the hall.

The site has been continuously occupied since the Norman era and passed from the original owners the Engaynes to the present owner through the Leigh and Lawson families. The last male Lawson, Sir Wilfrid, died in 1936 when it passed to his nephew and then cousin Mrs Margaret Austen-Leigh and then the present owner Miss Burkett.

Isel Hall's south facing terraces command glorious views to the river, which is banked with rhododendrons in the Spring, with Skiddaw visible in the background.

Hewthwaite Hall, in nearby Setmurthy to the south-west, a two storey stone farmhouse with a slate roof, was constructed in Elizabethan times.