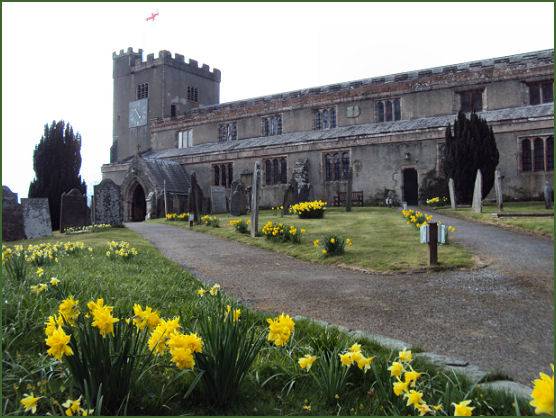 The medieval church of St Kentigern, burial place of the poet Southey, is situated on the outskirts of Keswick. St Kentigern. who is also known as St Mungo in Scotland, came to Keswick in 553 AD. St.Kentigern came to the Lake District after having been driven out of Glasgow by a pagan prince, and set up his cross in a clearing or ‘thwaite’, in 553AD. Hence the name “Crosthwaite”. A church has occupied this site for around 1,500 years, parts of the present building dates back to 1181 and was built by Alice de Romili, Lady of Allerdale. The building underwent extensive alterations in the sixteenth Century, and a further restoration was carried out in 1844, by Sir George Gilbert Scott. 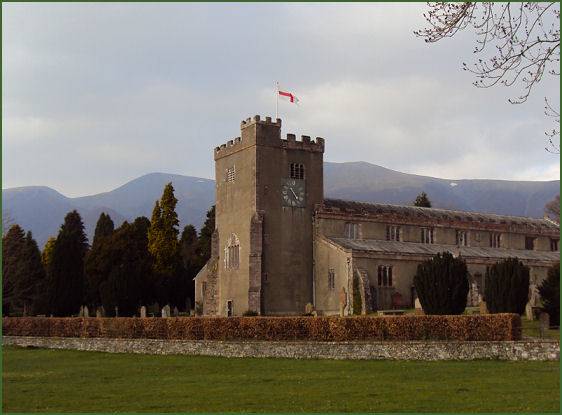 St. Kentigern's possesses a full set of sixteenth century consecration crosses, marking the spots where the bishop sprinkled holy water, there are 9 inside the church and 12 outside. 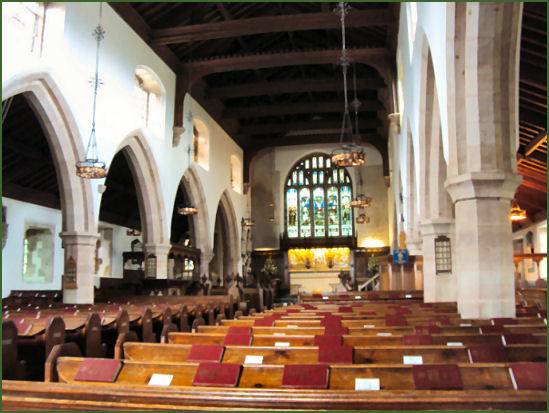 The decorated stone font, situated in the baptistry, was a gift to the church and dates to around 1400. The Radcliffe chapel and tomb, the two alabaster effigies in the South East corner of the church, probably represent Thomas Radcliffe and his wife, 1495. 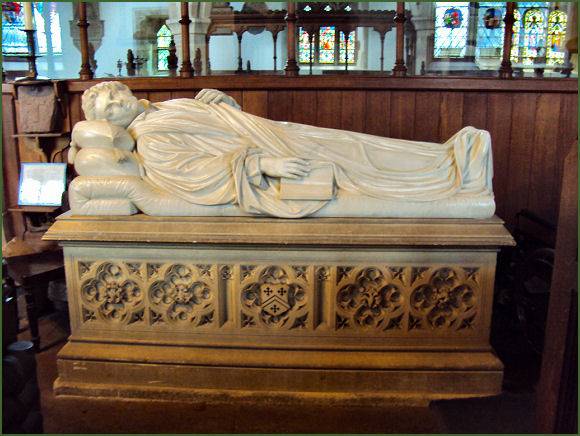 The memorial to the poet Robert Southey lies in the south east corner of the church . Southey was Poet Laureate 1813-43, he lived at Greta Hall in Keswick and worshipped at Crosthwaite for forty years until his death in 1842. The epitath is the work of William Wordsworth. Southey's tomb lies in the churchyard; near the north side of the tower, if you turn right out of the porch and pass the tower there is a direction sign at the side of the footpath. Canon Rawnsley, co-founder of the National Trust, isalso buried in the churchyard.

The Tower Clock outside the church on the south side, dates from about 1720, and only has an ‘Hour Hand’. There is also an ancient sun-dial on the south wall.