Situated by the River Esk at Ravenglass, Muncaster Castle and its Owl Centre-winner of the Visitor Attraction of the Year award, make an interesting family day out with lots to see. 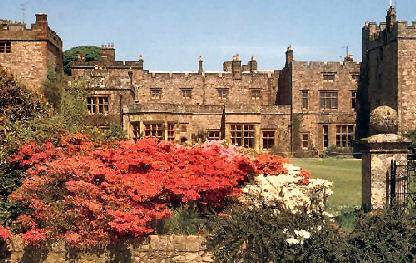 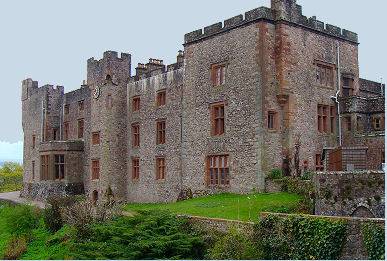 The castle is the home of the Pennington family and was built in 1258 by Gamel de Mulcastre. The house was rebuilt in pink local granite in 1862, by the fourth Lord Muncaster, who engaged the celebrated architect, Anthony Salvin. It boasts elegant rooms, historic furnishings and works of art. An audio tour, narrated by the Pennington family is available.

A mile north east of the castle stands a monument to King Henry VI, a three-storeyed octagonal tower with an octagonal spire, it was probably constructed in the eighteenth century. The tower is reported to mark the place where shepherds found the king wandering the Fells after the battle of Towton in 1461.

Henry was given the hospitality of Sir John Pennington at Muncaster. As a mark of his gratitude, Henry gave Sir John a glass drinking bowl and said it was given to the family with a prayer that they might prosper for as long as the glass remained unbroken. The glass is still known as 'The Luck of Muncaster'. Hanging in the bedroom that was used by King Henry is a painting of him kneeling before an altar, with the glass bowl in his right hand. 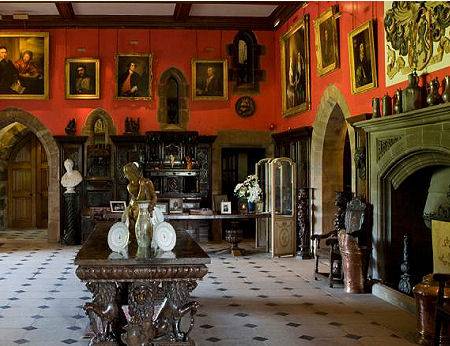 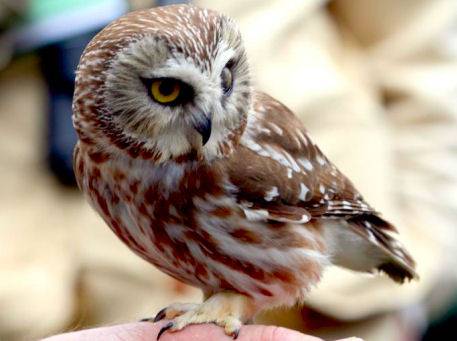 The extensive 70 acre gardens at Muncaster contain plants from all over the globe, particularly flowering shrubs from the Sino-Himalayan region. Referred to by John Ruskin as the 'Gateway to paradise', Muncaster is particularly attractive in the late spring when the large collection of rhododendrons and azaleas are in flower.

Muncaster is also the headquarters of the World Owl Trust and has the largest collection of owls in existence. It has over fifty species of owls, from the tiny Pygmy Owl to the huge European Eagle Owl. There are also buzzards, kestrels and red kites. A daily flying display is held for visitors on the castle lawns.

In the indoor MeadowVole Maze the visitor can experience what it would be like to shrink to 5cm small and help Max MeadowVole reach the other side without being eaten. There is also a twelfth century church with some superb stained glass.

Muncaster Castle is reputed to be one of the most haunted places in Britain. After ten years of paranormal research, experts are still unable to explain the strange occurences at the castle such as sudden changes of temperature and moving doors.

The castle has many resident ghosts, including a particularly famous one, named Tom Fool, a fiendish jester who died around 1600. Hauntings often occur in the Tapestry Room. The 'Muncaster Boggle' or White Lady, said to haunt the gardens and roads around Muncaster is purported to br the ghost of a local woman, Mary Bragg, who was murdered on the road near to the main gate in the 1800's.