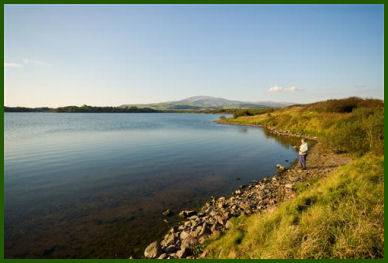 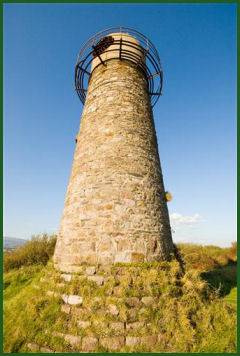 The Hodbarrow Point Reserve, owned by the RSPB (Royal Society for the Protection of Birds), is located between the coastal town of Millom and the village of Haverigg and is situated where the River Duddon meets the Irish Sea. The Reserve is a Site of Special Scientific Interest, and is a popular location with birdwatchers.

The area was once the site of one of the world's richest haematite iron ore mines. Today the mines are flooded and are home to a holiday village and water ski centre and a Royal Society For The Protection Of Birds nature reserve. All that remains of the iron works is the vast sea wall around the nature reserve

Hodbarrow Lagoon is the largest stretch of coastal open water in north-west England. Large numbers of wading birds and waterfowl can be seen. Common, Sandwich and Little Terns can be sighted from the hide on the sea wall, oystercatchers, herons, grebes and cormorants, spotted redshank and black tailed godwits can also be seen.

The reserve is also home to the Natterjack Toad (Bufo calamita), now very rare in Britain. Natterjacks are mostly nocturnal. They tend to rest under large stones, or in crevices and burrows during the day. The amphibians can live for 12-15 years and are now protected in Britain under the 1981 Wildlife and Countryside Act.

The lighthouse at Hodbarrow Point is over a hundred years old, being constructed in 1866 by the mining company to aid shipping up the treacherous channel of the Duddon. The structure has a thirty feet tower and has recently been restored with money allotted by the Heritage Lottery Fund.

The lagoon, by Hodbarrow Point, provides the only water skiing in Cumbria, and boasts excellent watersports facilities.


Images courtesy of the Cumbria Tourist Board