Atmospheric St. Bees Priory, a Grade I Listed building, was named after an Irish Princess, St. Bega, who is reputed to have fled here to escape an arranged marriage in Ireland and founded a small nunnery. 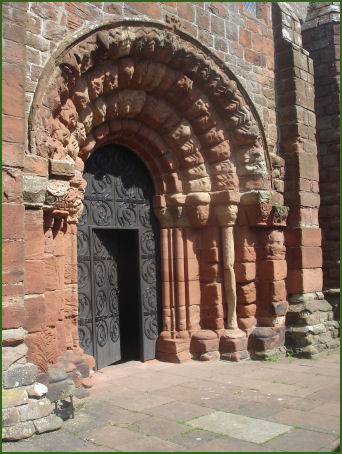 The land by the headland on which the Priory stands, was, so the story goes, granted to her by Lord Egremont after he was said to have promised on Midsummer Eve, that she could have as much land as was covered by snow. The next day the snow covered a three mile stretch of ground. The present priory occupies the site of the earlier Dark Age nunnery and contains two surviving cross shafts of Scandinavian design. The nunnery is reputed to have been destroyed during Viking raids. 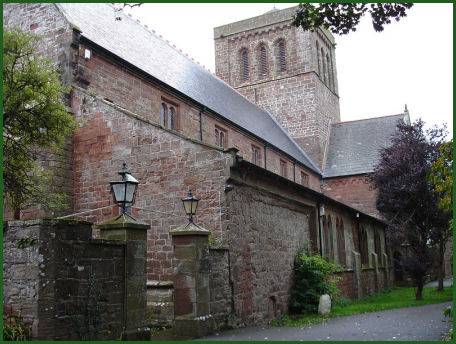 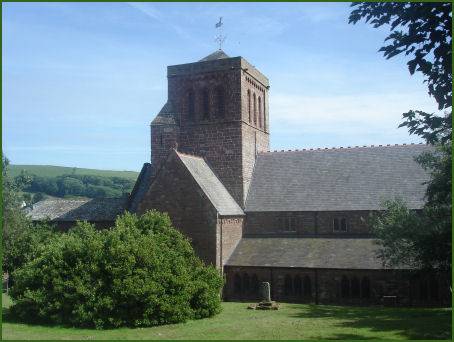 The Benedictine Priory, dedicated to St Bega, was founded as a dependency of St Mary's Abbey at York in the twelfth century, probably after 1120, by William de Meschin, Lord of Egremont. The superb west doorway with its ornate arcades of chevron carvings, and the Dragon or Beowulf Stone, which is situated opposite the West Door, date from this period.

The peaceful garden outside the priory was designed by the sculptor Josefina de Vasconcellos (1905-2006), three of the sculptures displayed in the garden are her work. The garden is intended as a tranquil space for all those who have suffered the loss of a young life, before or after birth, to come and find comfort.

Left- Adoration of the Holy Innocents by Josefina de Vasconcellos, in the Sleeping Child Garden Right - The Dragon Stone dates to preconquest times 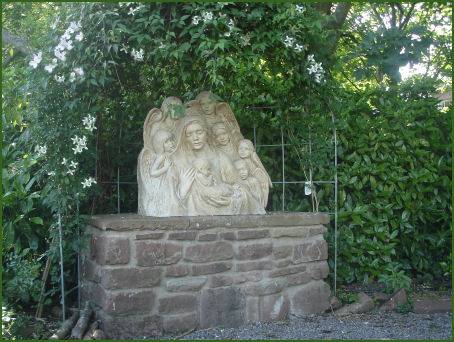 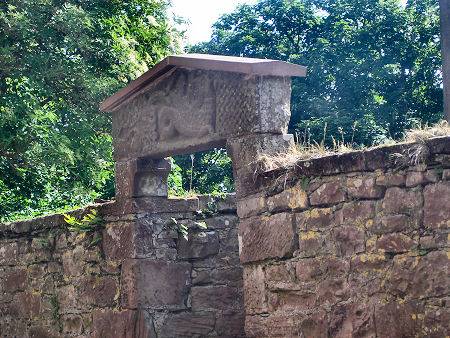 The priory was disolved at the Dissolution of the Monasteries under King Henry VIII on 16th October, 1539 and sharing the fate of many other religious houses, fell into ruin. The red sandstone church, all that now remains, was spared the destruction, as it served as the parish church. 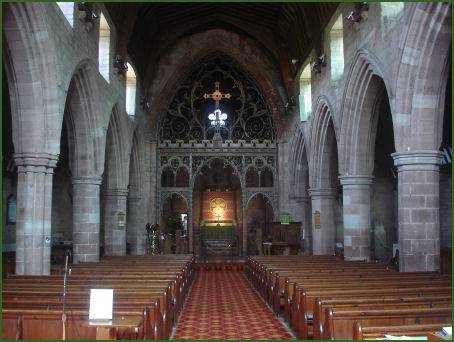 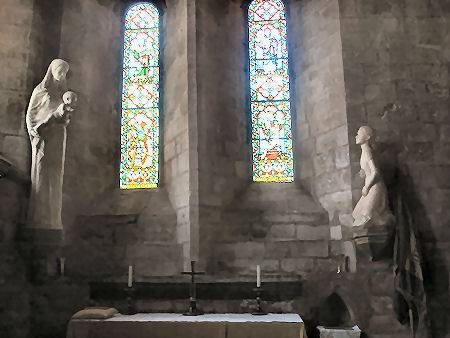 Succesive repairs have been carried out to its fabric, in 1611, 1855 and 1867. The iron Art Nouveau screen dates to 1886 when the priory was restored by the emminent Victorian architect William Butterfield. The church contains the remains of grave slabs dating from the Medieval period and the pre-Conquest Dragon Stone which is situated on a lintel between the Church and the Vicarage, and depicts St Michael slaying a dragon. Set into the alcove below the lintel is a cross which once stood on the road to Whitehaven. It is considered to be a "sanctuary" cross, marking the boundary of the parish, or a resting cross on a coffin road. 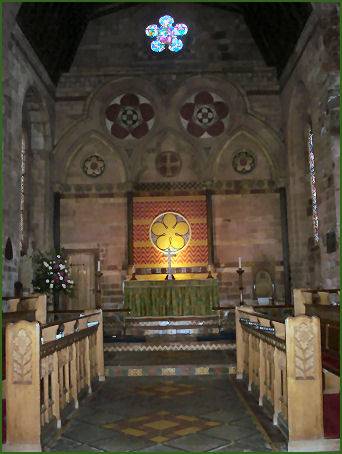 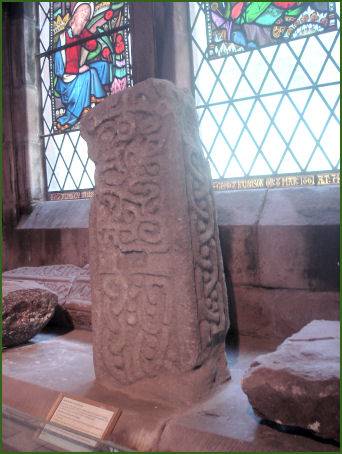 The interior contains two sets of beautiful stained glass windows showing scenes from the Old and New Testaments; and one depicting St Bega. The altar is overlooked by a wall hanging, the work of a team of parishioners as part of the Millennium celebrations. The organ in the chancel is possibly the most famous in Cumbria. It was completed in 1899 and was the last major instrument built by 'Father' Henry Willis. Two statues by Josefina de Vasconcellos of St Mary and St Bega may be viewed in the Lady Chapel.

In 1981, in the course of archaeological excavations on the Priory's former chancel, an exciting discovery was made at the former site of the altar. A vault, containing a male skeleton in a lead coffin was unearthed. The body, enclosed in a linen shroud coated in a resinous substance, was found to be was remarkeably well preserved.

In the course of a subsequent examination by Deirdre O' Sulivan, lecturer in archaeology and Dr. Eddie Tapp, a paleopathologist, the cause of death was ascertained to be a collapsed lung, caused by an injury to the ribs he had also suffered a broken jaw. Amazingly, liquid blood was found in the chest cavity. After the examination, the body was re-interred in the chancel aisle of the church.

Who was the mysterious St. Bees Man? Clearly he died a violent death. He was aged around 40 at time of death and is estimated to have died sometime between 1290 and 1500. It is has been suggested that the body may be that of Anthony De Lucy, who died fighting on the continent in 1368, but it could be a member of any one of the aristocratic families of this region of Cumbria.