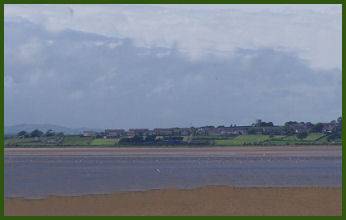 The small village of Bowness-on-Solway boasts stunning coastal views into Scotland. The village is situated west of Carlisle and lies within the Solway Coast Area of Outstanding Natural Beauty.

Bowness-on-Solway's name possibly derives from the Anglo-Saxon word baelg, a swellng, and ness, a nose of land. Haaf or heave Netting, a unique tradition found only in the Solway Estuary is still practiced in the village. This mode of fishing dates back to the Vikings who raided and sometimes settled in the area.

The Promenade dates from Edwardian times, and is known locally as 'The Banks'. The site consists of a steep grassed bank with wide panoramic views. 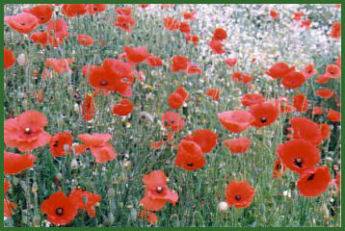 Quaint sanstone cottages line the narrow, characterful village streets. The village was built upon the site previously occupied by the Roman Fort of Maia, which was the second largest fort on Hadrian's Wall, covering an area of about seven and a half acres. The fort was constructed to defend the last fording point across the Solway Estuary and was abandoned in around 400A.D., when the Roman legions left Britain.

Bowness on Solway was the most northerly frontier of the Roman Empire after their withdrawal from the Antonine Wall. This frontier came to the waters edge at "The Banks" and was to the north east of Maia Fort. The earthwork bank in the small field behind the church is the agger of the Roman road running south from the fort at Bowness-on-Solway. 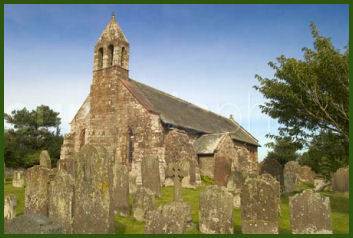 St. Michael's Church dates from the twelfth century and occupies the site of the granary of a Roman fort, in common with many of the houses in the village it was constructed from stone taken from Hadrian's Wall. The church was restored in 1891 when its superb beamed interior was installed. The east window was a gift to the church by Thomas Wilson of Thistlewood, in memory of his parents. The font, which dates from Norman times was excavated in a garden adjoining the church in 1848.

Bowness on Solway Nature Reserve is on the edge of the Solway Firth just over a mile west of the village. Gorse, hawthorn, willow and birch cover around half the reserve, providing a variety of habitat for birds, insects and mammals. The reserve is a breeding site for a variety migrant birds. Oystercatchers, dunlin, lapwing, curlew, golden plover, lapwing, and redshank can all be sighted.