Skelwith Force is a fifteen feet waterfall where the combined waters of the River Brathay and Langdale Beck thrust a dramatic passage through the rocks. Situated just up river from the hamlet of Skelwith Bridge 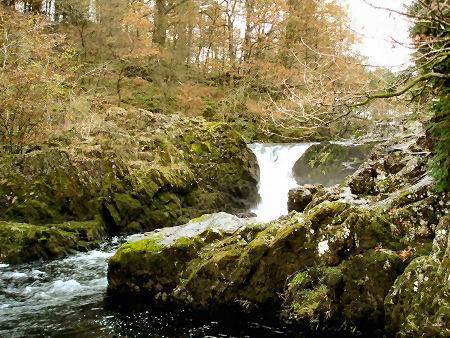 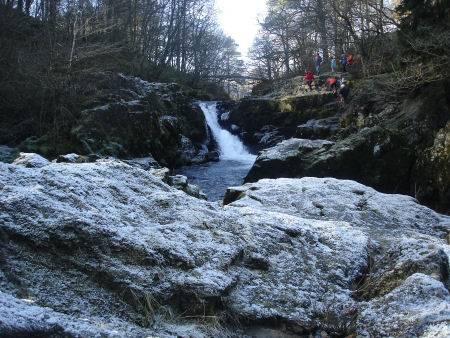 The River Brathay at Skelwith 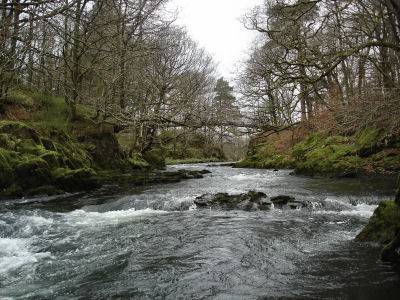 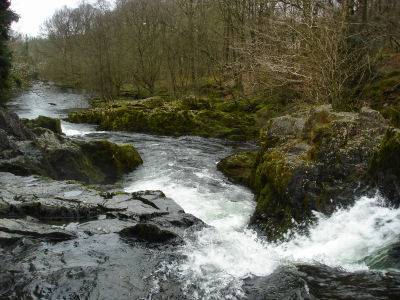 The force is most impressive after heavy rain. The River Brathay carries large quantities of water down from the Langdales to Elterwater, further along the river lies the spectacular Colwith Force. 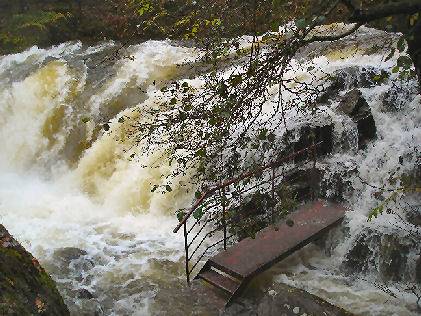 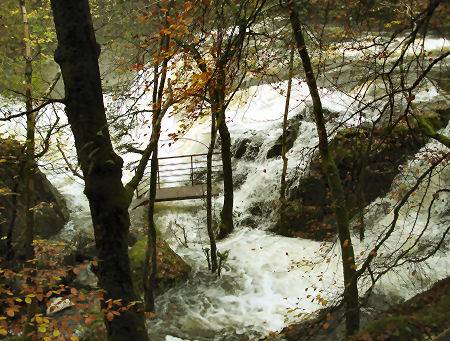 The footpath that follows the river through to Elterwater makes an interesting half hour low level walk providing excellent views of Elterwater with the Langdale Pikes forming a dramatic backdrop.