The Langdale Boulders at Copt Howe, Chapel Stile have recently been designated by English Heritage as an ancient monument of national importance, following the discovery of prehistoric 'cup and ring' markings. These consist of indentations and concentric circles, which date to about 2,500-5,000 years ago.

The Langdale Boulders at Copt How 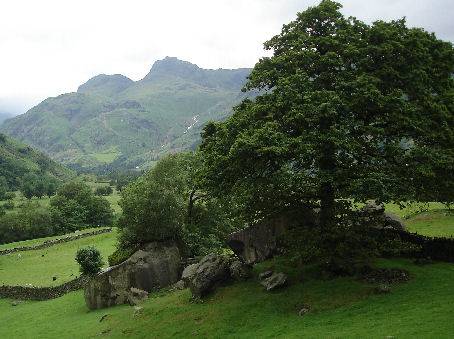 The site includes one of the most intricate and impressive examples of prehistoric rock art in Cumbria. The designs on the rocks, which were only discovered as late as 1999, are considered to date from the Neolithic or Bronze Age and consist of concentric circles, spirals and geometric designs arranged around a series of natural depressions in the rock. The exact meaning of the designs remain unknown, although some archeaologists believe they were created by people to help develop a sense of tenure, familiarity and belonging to the surrounding landscape. 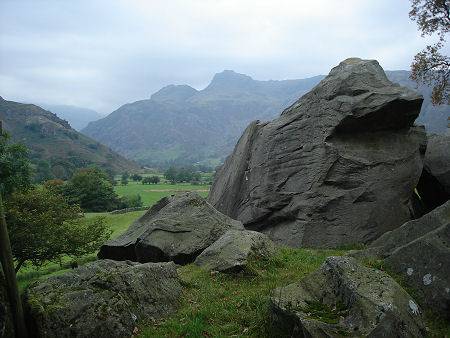 The site is managed by the National Trust, in recognitition of their importance, the two panels of rock art were designated as Scheduled Monuments by English Heritage in 2000.